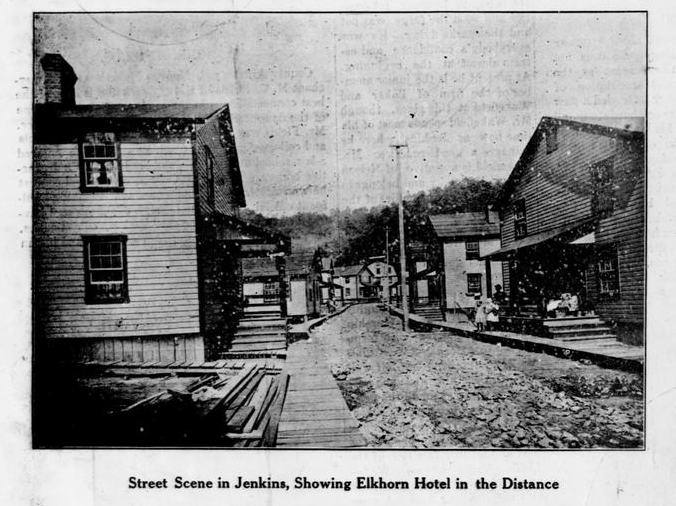 The year is 1909, and the Consolidation Coal Company or Consol has a problem.

With the deal, they had purchased the existing coal camps on Miller’s Creek just south of Paintsville. And in this deal, had purchased the rights to further mine the area in Johnson County near present-day Van Leer.

Consol reserved the option to purchase a further 100,000 acres of land located in southern Pike County. This land extended into and around the headwaters of two rivers in Letcher County. The two rivers were the Elkhorn creek of the Big Sandy River and several headwater branches of the North fork of the Kentucky River.

Mayo presented Consol with two independent but corroborating surveys of the land. Richard Broas original survey and a survey that had been done by Mayo’s Norther Coal and Coke company.

Consol would verify the reports as presented by Mayo. The purchase of the land from the Northern Coal and Coke Company would fulfill Mayo’s unusual deal.

Consol agreed to build Coal Camps throughout both parts of the purchase the likes of which had never been built by any industry on two continents. They agreed to an unheard-of management deal. The bulk of which centered around the miner’s pay and living standards. The deal also included free and open trade with the local populations and existing towns. This deal would later become a blueprint for the vast changes that swept the industrial world in the decades leading up to World War 2.

Consol sent three separate survey teams to the area. During the spring of 1909, the reports came in and, just as Richard Broas had assured John Mayo when he had purchased the land. Consol now had five separate and independent geological surveys. Which confirmed that the land around the present-day town of Jenkins was the richest and most significant Coal find in the United States. However, the bulk of this coal discovery was not to be found on the Big Sandy River. It was found across the mountain on what was then known as Wrights Fork on the Kentucky River.

After receiving the survey information Consol decided to purchase the land around Elkhorn Creek. The problem was that the area was completely cut off from the rest of the industrial world. The only significant road in the area was Mount Sterling, Pound Gap Road. Although this road followed the Big Sandy River and passed through Elkhorn Creek, it was little more than a muddy dusty wagon trail through the mountains. Consol turned to the Lexington and Eastern or L&E Railroad to remedy the situation.

The L&E railroad immediately sent survey teams to scout out the course for the new branch line. That summer while the two companies were negotiating the cost of extending the line. This line was from Wolf County near Jackson Kentucky over a hundred miles to Wright’s Fork or present-day McRoberts.

Consol and the Railroad received sad news, although the survey teams had noted apparent ease in extending the route along the wide flood plains of the Kentucky River. They also reported that several bridges and tunnels would have to be built and that the project would take 4 years to complete.

The Baltimore and Ohio Railroad

Seeking another option, CONSOL turned its attention to the Baltimore and Ohio or the B&O Railroad. Ten years earlier the B&O began building a spur that would run forty miles along the Big Sandy River from Paintsville to Shelbina Ky to increase its earnings from coal, passengers, and timber in Kentucky. But due to a lack of capital interest and investment the project had stalled with a little over eight miles being completed.

Consol would become the primary investor in that project and pay to extend the spur an additional twenty miles from Shelbina to Elkhorn Creek. This new rail line would be owned and operated by the Consolidation Coal Company and named the Sandy Valley and Elkhorn or the S.V.&E Railroad. However, because of the ruggedness and geography of the terrain, the survey teams reported that it would take almost as long to complete the 52 miles of the S.V.&E Railroad as the expansion of the L&E railroad to Wright’s fork.

This meant that Consol had taken an option to purchase not only the greatest Coalfield in the country but a coalfield that, because of its remoteness and lack of workforce, could potentially take 7 to 10 years to develop and produce its first lump of coal.

The rest of the story is how Jenkins Kentucky got its name. This is how the town became the regional headquarters for the Consolidation Coal Company and later Beth-Elkhorn’s operations in Eastern Kentucky.

In the early 1900s, West Virginia Coal Baron and future Senator Clarence Wayland Watson helped the Consolidation Coal and Mining Company of Cumberland Maryland reorganize. It would combine with several other mining operations from Pennsylvania and West Virginia.

For his help in making the mergers successful Mr. Watson was rewarded by being named as the president for the newly expanded Consolidation Coal Company.

Because of a deal, he had made with Mayo and the reports from the Railroads, Senator Watson’s stint as president of the Consolidation Coal Company was ending. Fortunately for him and CONSOL, the stockholders and the board of directors for the company read like a Who’s Who of the financial, industrial, military, and political world.

The particulars of Consolidation’s board meeting in the fall of 1909 are unknown. However, shortly after that meeting the S.V.& E and the L&E railroad started construction and Consolidation reached out to a third railroad in another state.

Eight miles across Pine Mountain near a town called Pound VA there was a little-used spur of the Interstate Railroad or the IRR through a connection at Glamorgan, Virginia. The Interstate was a “short-haul operation” providing transportation of coal and Iron from several of the mining operations in Wise County Virginia to the L&N railroad at Appalachia.

A year earlier Interstates parent company The Virginia Coal and Iron Company had acquired financial backing. They were to extend their line and make a connection with the Norfolk and Western railroad in Norton VA. The man who had approved the financial backing for interstate was George Carrell Jenkins a Baltimore banker and one of the directors of the Consolidation Coal Company.

Mr. Jenkins and his wife Katherine (Key) Jenkins were from two of Baltimore’s most prominent families. For a century, the Jenkins family ran Jacobi & Jenkins Baltimore’s most prestigious maker of sterling silver. His wife was the great-niece of Francis Scott Key and was heavily involved in the Baltimore Society.

As a young man, Jenkins served in the 52nd Regiment of the Maryland National Guard. Sometime in 1862, he left his father’s business to serve as a private in the Confederate Army, First Maryland Cavalry, Company C. At the time of his death, Mr. Jenkins would be one of the oldest Confederate veterans in Maryland.

After his father’s death in 1882, George Jenkins became the director of the Savings Bank of Baltimore and the Merchants-Mechanics’ National Bank.

Later Mr. Jenkins would become a director of the Atlantic Coast Line for the Louisville and Nashville Railroad and the Safe Deposit and Trust Company. He was also a director of United Railways, the Baltimore and Ohio Southwestern Railroad, the Canton Company, the Maryland Life Insurance Company, and, of course, the Consolidation Coal Company.

By the fall of 1910, a solution to Consol’s dilemma was found. They would pay to have the Interstate spur extended four miles to a spot near present-day Almira VA. Consol would have the work crews, supplies equipment, and construction materials shipped. Then unloaded. Transported across the mountain using wagons and sleds to the first constructions site. A town they would name Jenkins in honor of George Carrell Jenkins.

By this time, The Consolidation Coal Company and John Mayo finally agreed on a deal for the lands although the actual purchase price is unknown. The deal Mayo made with Consol was extraordinary for the time.

Typically coal camps consisted of a company store and shanties used as housing for the miners. However, thanks to the deal with Mayo, Consol was to build “Modern cities with all the amenities of the twentieth century” for the miners and their families.

In addition, the stores, services, and medical facilities of these cities would be open for trade with the local population. To encourage trade with the local towns and bring prosperity to the people of the mountains, Consol agreed to pay the miners thirty-five cents per hour on top of their customary company script.

Deeds are Signed and a City is Named

Jenkins would officially be established as a sixth-class town and incorporated in 1912. Consol maintains in their book “History of the Consolidation Coal Company 1864-1934”, that they had always strived to improve the working and living conditions of their employees. However, they do admit that after entering the coalfields of Kentucky that the effort was tripled. The ultimate expression of this occurred in the towns in Letcher County, especially Jenkins. In all, Consol would spend over $40 million (or $1billion in today’s money) on the development in Letcher County.