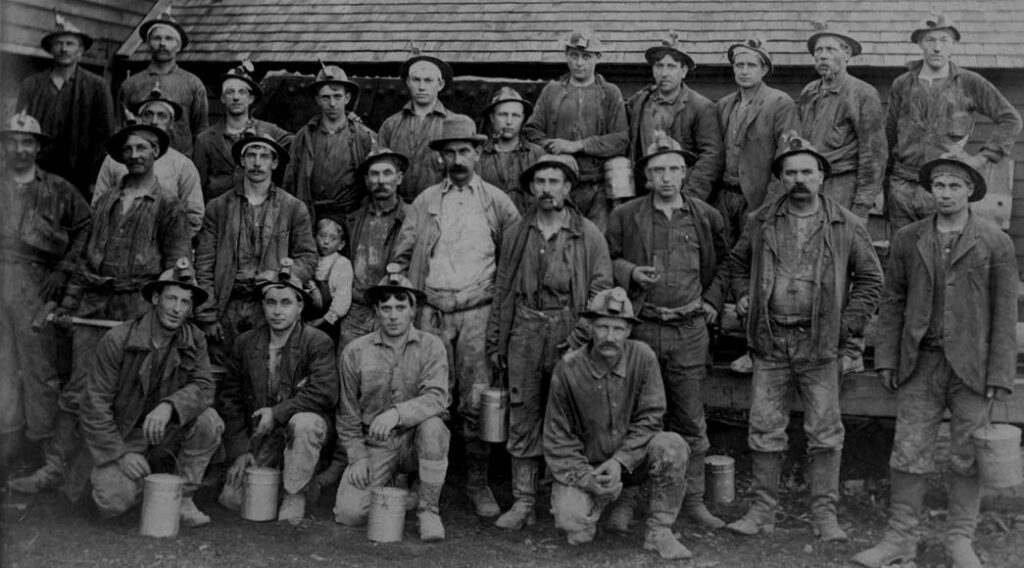 The Strike That Started A War

Paint-Cabin Creek was the place that the strike that started a war began. Part one of the series begins with the conditions that set the stage.

Before we get into the story of the Matewan Massacre, we need to do some back history and how things were already heated between the coal miners and the coal companies long before that point in history. What happened at the Paint-Cabin Creek strike is often regarded as one of the worst and first serious confrontations between coal miners and the coal companies at the beginning of the 1900s. Considered to be one of the first major conflicts of the Coal Wars that was to hit the region over the next several years. The Confrontation lasted between April 18, 1912, through July 1913. Several other labor-related conflicts would happen over the following years ending with the Battle of Matewan and the Battle of Blair Mountain.

From the years 1893 through 1897, there was a severe economic downturn that caused economic depression in the United States. This also affected the Presidency of William McKinley and caused a huge political upheaval. This upheaval caused the re-election of U.S. President Grover Cleveland.

There have been several causes as to why this happened. Some of which is that the United States economy of that time was dependent on high international commodity prices. Also including investments and were made to the Baring Brothers Bank in Argentina that had failed. The wheat crop failure of 1890. A failed coup de tat in Buenos Aires. A run on gold in the U.S. Treasury (the US was on the gold standard at that time). People began to hoard their bullion coins because they were afraid that they would lose everything. Also, Philadelphia ad Reading Railroad had over-extended themselves and was now having receivers appointed for them. Also, the policies of President Benjamin Harrison have been named as a contributing factor to this depression. President Cleveland had Congress repeal the Sherman Silver Purchase Act.

Because the coal companies of that time were also feeling the pressure from the Depression, they cut wages to their workers to keep solvent.

The United Mine Workers was founded in Columbus, Ohio on January 22, 1890, by the merger of the Knights of Labor Trade Assembly No. 135 and the National Progressive Miners Union. The reason behind the merger was that the two competing former unions were creating more problems for the miners than solving them. The idea behind the merger was to unite and organize mine workers and others in adjacent occupations into a more effective negotiating unit. With the Coal operators reducing wages, and the mines being a dangerous place to work, with the operators denying a lot of the miner’s rights, the UMW started to gain ground on membership.

The United Mine Workers Union came together to make a working eleven-point Constitution to help its workers.

The UMW Constitution Listed Eleven Points as the Union’s Goals:

United Mine Workers union (UMW) was a response to the wage reductions from the Panic of 1893. By 1902, the union membership of the entire state of West Virginia had grown to 5,000 miners. However, these numbers were still very low especially in the Southern Appalachian part of the state.

Before the Strike of 1912, there were 96 coal mines in operation in the Kanawha County, West Virginia area. There were approximately 7,500 coal miners employed. All 41 mines that were located on Paint Creek and the surrounding area were unionized. There were 55 mines on Cabin Creek that had no union. The miners of Paint Creek received 2.5 cents less on each ton of coal than other miners of that area.

When the negotiations failed, the union called for a strike on April 18, 1912.

After debate, all 7,500 miners from non-union mines Cabin Creek, Kanawha (kə-NAW or kə-NAW-ə), and Fayette Counties also joined in with the striking miners of Paint Creek and declared their own strike as well. The union set up tent camps for the miners and their families as they were evicted from the company’s own homes without warning from their houses.

During this time, UMW Vice-President Frank Hayes and well-known labor activist Mary “Mother” Jones would visit the area to give encouragement and support to the miners and their families. The National United Mine Workers Union pledged its full support giving full financing and any aid that was needed to the striking miners. Because of this influence, the first month of the strike was peaceful.

We will leave this here with everything being peaceful in the camps. In the next post, we will discuss the involvement of the Baldwin–Felts Detective Agency and the first volleys of the Strike.