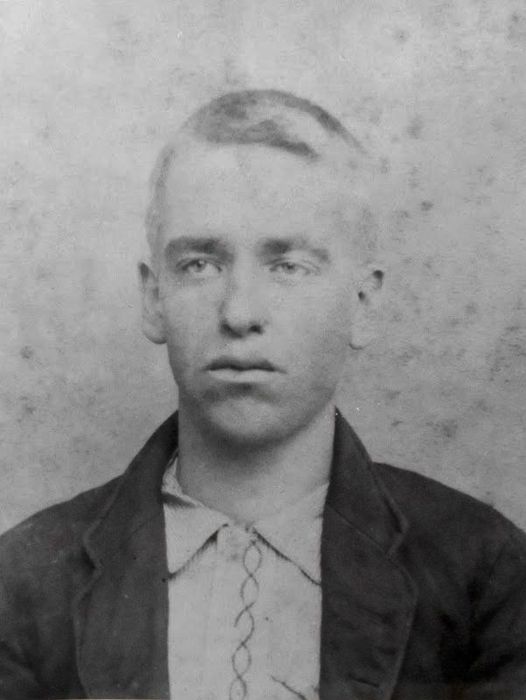 The final chapter of the Hatfield and McCoy Feud will now see many go to trial and face jail time and execution for the conflict.

Part Six and the final chapter of the Hatfield and McCoy Feud will now see many go to trial and face jail time and execution for the conflict. Some of the convictions are still controversial to this day. And some of the people who are thought to be guilty of the Feud were never charged. Because not all of the trials were held at one time. Here are their individual rulings. The trials spanned from 1889-1901.

We will also cover the Peace Treaty and the unusual reunions that now takes place. Each year to kick of Hillbilly Days it is now a tradition for the two families to meet across a bridge in Pikeville, Kentucky and shake hands. May this be a peace that is ever lasting.

One of the controversial characters of the Feud has to be Mounts. And is also the only person to have been hung for the crimes. Sometime in August 1864, Ellison was born in Logan County, West Virginia. He was the illegitimate son of Ellison (who was killed in the Election Day 1882 brawl with the three McCoy brothers, Tolbert, Pharmer, and Bud) and his first cousin, Harriet Hatfield. Harriet married Daniel Mounts in 1867 and Ellison was raised by him. On December 25, 1882, Ellison married Rebecca Justice, the daughter of Jacob Justice and Elizabeth Ferrell. There is no record of any children being born in this marriage.

Ellison is often described as being dumb-witted at that time, so he was possibly mentally handicapped and possibly an albino as he had white hair, hence his name “Cotton Top”. However, he is also described as being mean and vicious earning his place and reputation among his kinfolk. However, you view Mounts, his story as an interesting one.

Mounts tried to retract his confession because he claims he made it to be shown leniency, but the retraction was denied. It is also thought that since Mounts was very well known to have a mental handicap that leniency would also be allowed on those grounds as well. There were also rumors that he had been promised a bribe and pressured to give a confession with the promise of rescue. This did not happen and he was sentenced to hang by a jury regardless of how the confession happened and despite a guilty plea. Testimony also came out that Cap Hatfield was the cause behind the murders, but this was not taken into consideration during the sentencing portion of the trial.

On February 18, 1890, he was hung in Kentucky’s last public execution and buried in an unmarked grave within sight of the gallows. His last words were reported, “They made me do it. The Hatfields made me do it”. It is unclear if he meant his participation in the shooting and burning of the McCoy cabin on New Years Night 1888, or if it was because of his “forced” confession.

Even though Kentucky had officially stopped public executions, thousands of people attended his hanging in Pikeville. Although the gallows were open and people could view the hanging, a fence was placed around the gallows in compliance with the law of the time stating that there were no more public executions. The current site of the execution is now a classroom building for the University of Pikeville.

Mounts’ last words were: “The Hatfields made me do it.” The only man hanged for the feud and the last man to be hanged from the gallows in Pikeville, Kentucky. Before Mounts, forty years had passed since the last public execution and after Mounts, no one was ever executed in the city again. Mounts is buried in an unmarked grave at Dils Cemetery in Pikeville, Kentucky.

William Anderson “Cap” Hatfield II was the second son of Anse Hatfield and his wife Levisa Chafin. Hatfield got his nickname “Captain” from the Civil War, which was later shortened to “Cap”. William was born February 6, 1864, in Mingo County, West Virginia. He married Nancy Elizabeth Smith on October 11, 1883, and they had several children together.

When Cap’s older brother Johnse removed himself from the feud, Cap took his place as Anse’s Lieutenant. Cap’s nature of being of quarrelsome disposition and his love of violence was legendary in the mountains. Hatfield was a man that preferred to settle things with his fists and guns rather than to talk things over with a discussion. Cap believed that it was the duty of the offended to exact vengeance. He is also known to have killed Jeff McCoy in 1886 (he was never charged or convicted for this crime), and was at one time a Deputy sheriff in Logan County, West Virginia.

There are conflicting reports as to when Cap was arrested. There are some that say he was arrested on the day his Uncle Jim Vance was killed, others say that he escaped that day but was arrested on another day. However, he did spend time at the Logan County (Mingo County) jail, and he did escape.

There was a lot of testimony from the McCoys that Cap was the ring leader of the New Year’s Night Massacre. Randolph McCoy gave testimony that it was Cap that killed his daughter Allifar that night. Since this testimony conflicted with the confession of Mounts, it was discarded. However, because of his escape, justice was denied to the McCoy family in this case and was never brought to trial. He died August 22, 1930 (aged 66) at John Hopkins Hospital of a brain ailment in Baltimore, Maryland.

Even though Valentine “Uncle Wall” Hatfield was convicted for the involvement with the murders of the McCoy children, he may not have been involved in the attack that sent him to prison for life. Other than family lore, there is no evidence that Hatfield was or was not among the group of men accused and convicted of the murders. However, Hatfield died in his cellblock claiming he was innocent of the charges against him.

Johnson, known as “Johnse” Hatfield was the oldest son of Anse Hatfield, and he was born on January 6, 1862. He was the last person to be sentenced in the trials for the murder of Allifare and Calvin McCoy. It took ten years for his case to come to a jury. Hatfield served 13 years of his life sentence. He is buried at the Hatfield Family Cemetery Sarah Ann, Logan County, West Virginia. “Johnse” is forever remembered as the Romeo of the Appalachian Mountains.

Pliant Mahon was the son-in-law of Valentine Hatfield. After a disappointing case going through the Supreme Court, Pliant Mahon was sentenced to life in prison. After serving fourteen years in prison before returning home to rejoin his ex-wife who had since remarried. However, she left her second husband to rejoin Plyant.

Doc. D Mahon was the brother of Pliant and also a son-in-law to Valentine Hatfield. Mahon also served fourteen years of a life sentence involving the McCoy children’s deaths. After Prison, he returned home to live with his son Melvin.

The Other Men Who Were Convicted of Murder

1881 Amnesty Declared and the Peace Accord

Between the years 1880 and 1888 there had been more than a dozen people die and ten people were wounded on both sides of the conflict. Eight of the nine Hatfield family members were given life sentences and one was hanged for the crimes. Over the next couple of years, there were other trials and convictions for their roles in the feud. However, both sides had pretty much given up on continuing the feud at this point in time. Altogether the Feud had lasted only thirty years.

In 1891 Cap Hatfield published a letter in the local newspaper, The Baltimore Sun, that read in part. “The war spirit in me has abated … a general amnesty has been declared in the famous Hatfield and McCoy feud.” Both sides had major losses in the family and they declared amnesty from the fight.

In the year 2000, Randolph McCoy’s Great-great-great grandsons Bo and Ron McCoy organized a joint family reunion of the two families. This held great national attention as the family had never come together before. More than 5,000 people were in attendance.

“On June 14, 2003, in Pikeville, Kentucky, the McCoy cousins partnered with Reo Hatfield of Waynesboro, Virginia, to declare an official truce between the families.


This concludes the last of the actual Feud proper that will be covered in this series. However, in our next series of posts we will cover the Matewan War, and the Battle for Blair Mountain, which is often regarded as a continuation of the Feud. We hope you have enjoyed this series on the feud.

The Bloody Feud of the Hatfields and McCoys
https://www.legendsofamerica.com/hatfields-mccoys/

Who was Ellison “Cottontop” Mounts?
https://www.quora.com/Who-was-Ellison-Cottontop-Mounts

7 Things You Didn’t Know About the Hatfields and McCoys
https://www.history.com/news/7-things-you-didnt-know-about-the-hatfields-and-mccoys