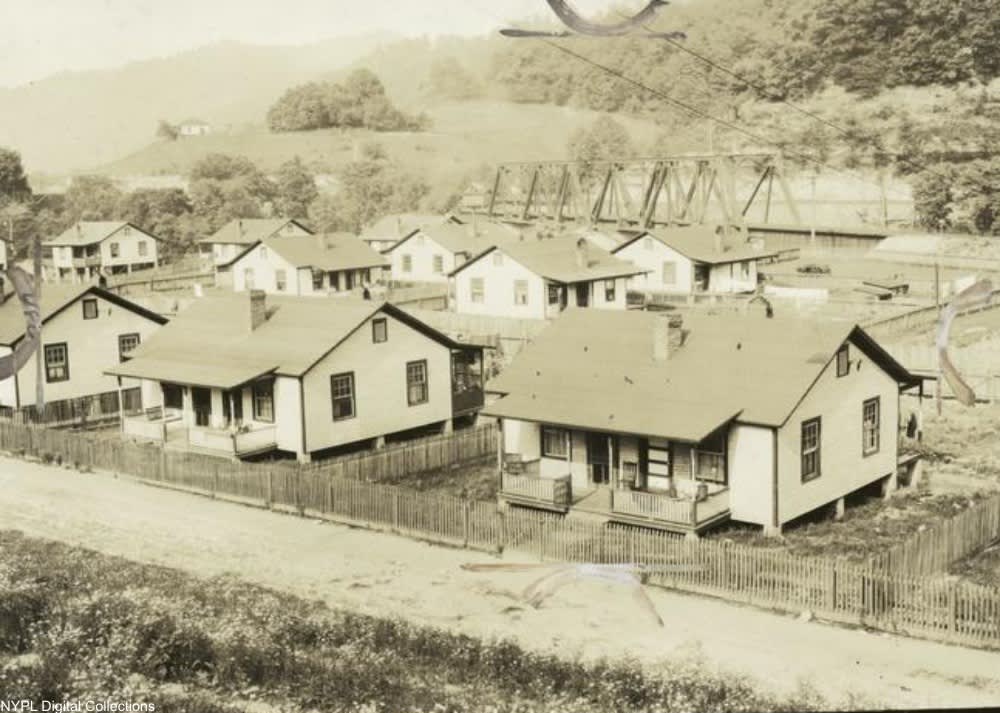 There was a perfect storm brewing for the Matewan Massacre and later the Battle for Blair Mountain.

There was a perfect storm brewing for the Matewan Massacre and later the Battle for Blair Mountain. From 1870 through 1888, coal mining towns began to crop up in the Appalachian Mountains. Coal operators then set up a “town system”. They built and owned the town, all of the utilities, the town store, post office, housing, entertainment, roads, and bridges. This system usually falls under Paternalism. This meant all of the workers were watched during their time off to ensure that they obeyed the company and town rules of behavior. A miner could be fired for drinking too much during the hours off from the mines.

While this idea looks great on paper, however, it is terribly oppressive. For the independent thinking Appalachian, it was very hard to swallow that they could not live the way that they wished. Add to the mix, the several little mine strikes, and the several huge labor strikes and wars that went on during the years of 1912-1913, and tempers are starting to heat up.

How the Trouble Began

United Mine Workers of America president John L. Lewis targeted Mingo County for organizing and membership and then started ramping up their membership drives. Mingo County was chosen because many of the politicians there were pro-union men and the political structure was more independent than many of the surrounding counties that were under the strict Coal Company grip.

Cabell Testerman, the mayor of Matewan, and his 27-year old town police chief, Sid Hatfield were both supporters of the union. With the help of Testerman and Hatfield, union organizers were able to gain a foothold and the organizing accelerated in Mingo County rapidly. Between 275 and 300 people joined during that time.

The UMWA got a huge membership boost in Matewan, Mingo County, West Virginia on April 22nd and 23rd of 1920. The union then began giving demands to the Burnwell Coal and Coak Company. The miners wanted the right to shop in non-company stores. They also wanted the armed mine guard to stop watching everything that they did.

In response, the Burnwell Coal and Coak Company fired all of the now unionized mine workers,. The Company gave them three days to vacate all of their company-owned housing. The Companies would hire private detectives and public law enforcement agents to ensure that all unions were kept out of their towns.

The coal operators and their paid enforcers would use intimidation, harassment, beatings, murder, and espionage to drive home the point that union men would not be tolerated. Their most common practices to block the unions from their coal towns were to fire all union sympathizers, blacklist all of those known to be a part of the union, and evicting all union members from their homes.

Many times the miners would come against the Baldwin-Felts Detective Agency when they were brought in to bust up coal mine strikes. And on April 27, 1920, Baldwin-Felts agent Albert C. Felts, was arrested for illegally evicting miners of the Burnwell Coal and Coke Company as punishment for union activity.

This action did not go over very well with either side and so Mingo County Sheriff G. T. Blankenship negotiated with each side to agree that as long as only Mingo County officials enforced the eviction notices, that the miners would be peaceful toward them and comply with the rules. During this time, the miners continued to join the UMWA.

The United Mine Workers of America’s Response

On May 6, 1920, the UMWA held a meeting that had swelled to around 3,000 people from Matewan and the surrounding areas to air their grievances. Immediately after the strike was declared, all of the miners were evicted from their homes for joining the union and the companies refused to compromise.

So, in response, on May 17, 1920, the UMWA began setting up tent cities for their now homeless members and sympathizers in an area named Lick Creek. Along the Tug River, there very quickly became a growing colony of unemployed, idle, angry, and homeless mass of miners. Even facing living in tents and being harassed, the numbers of those joining the union continued to grow with the numbers reaching close to 4,000 miners by early May. At the nearby Stone Mountain Coal Company every single worker there had joined with UMWA and was therefore fired and evicted from their homes.

Tensions in the Tug River Valley are now boiling over. Thousands of people are now forced to live in tents in a small area by the Tug River. Conditions there are stable but there are thousands of out-of-work men who are angry and with nothing else to do. The question as to who had legal authority in the town of Matewan and who did not also come into play as the Matewan Massacre would take shape. In our next post, we will have the first shoot out of Matewan Conflict that would be forever compared to the OK Corral and will lead to outright war in the Appalachian Mountains.

For Extra Reading on the Massacre/ Battle for Blair Mountain

The Battle of Blair Mountain

PrevPreviousMatewan Part One: Other Strikes and Wars Break Out Across the Land
NextMatewan Part Three: The OK Corral of the East and MurderNext