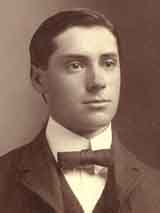 Matewan Part Three: The OK Corral of the East and Murder

Today we will discuss the most infamous event of the Matewan Conflict that would be forever compared to the OK Corral.

The miners were on strike protesting for better pay, fighting for the right to organize, and better treatment from the operators. Thousands of people are now forced to live in tents in a small area by the Tug River. Conditions there are stable but there are thousands of out-of-work men who are angry and with nothing else to do. Today we will discuss the most infamous event of the Matewan Conflict that would be forever compared to the OK Corral. This event will lead to outright war in the Appalachian Mountains and will go down as the largest armed labor uprising in America.

The Hiring of the Baldwin-Felts Detective Agency

Man on a Mission

Executive Albert Felts brought twelve Baldwin-Felts Detective Agents who came from Bluefield, West Virginia, to Matewan, West Virginia, to break up the strike using all means necessary. Sheriff Hatfield encouraged the miners to arm themselves when the detectives arrived in Matewan. Both Albert Felts and C. B. Cunningham had been involved in the violent and deadly Ludlow, Colorado, Strike six years earlier.

Baldwin-Felts Agents were now very well seasoned and learned many lessons about how to break up the strikes using violent tactics and intimidation methods. On this morning, the men were hard at work evicting people from their company-owned houses and forcibly removing mining families from the independent tent camp that had formed on Lick Creek for trying to unionize.

Arriving at the tent site, Sheriff Hatfield and Mayor Testerman went to investigate why people from the tent city were being evicted, claiming that Albert and Lee Felts had no legal authority to do so. Hatfield and Testerman then demanded to see warrants given to the Agents for this action as they contested their authority in the township. Albert and Lee Felts were unable to produce any warrants for their actions and falsely claimed that this situation was sanctioned by a court order.

All of this was being carried out under the watchful eye of the miners and their families. Seeing that there was trouble brewing, the miners then began to arm themselves and made their way to the town in case that there would be a larger conflict to happen.

The agents then came back to Matewan later that day, both sides claimed they had the right to arrest the other side. The verbal altercation became very heated at this point. Other sources claim that the agents were leaving town when an argument broke out between the agents and the pro-union police chief, Sid Hatfield and Mayor Testerman. What is clear is that the dispute quickly turned violent. There are details but again, decide for yourself as to which story you believe.

In Story One: One of the Baldwin-Felts agents moved to arrest the Sheriff and he shot and killed Mayor Testerman when he stepped in to intervene on behalf of Hatfield.

In Story Two: Hatfield initiated the shootout by either signaling a prepared ambush or shooting the agent himself.

It is unclear as to what actually happened to start the gunfight, however, the battle lasted a total of fifteen minutes. When the shooting had stopped, ten men including two coal miners, Albert Felts, his brother, Lee, five other Baldwin-Felts detectives, and Matewan Mayor Cabell Testerman were dead. This event would be forever known as the Matewan Massacre.

Captain Brockus raided the Lick Creek tent colony in June 1920. There was a gun skirmish within the colony between the miners and Brockus and Martin’s men. The state police in response had tents being destroyed, scattered belongings of the miners and their families, and miners were shot and arrested.

It had only been three months since the Matewan Massacre and the civil unrest was escalating. Martial Law was enacted and federal troops came into the area. This lasted for a short time as the threat of a state-wide general strike of all union coal miners of West Virginia was threatened. The federal troops backed down.

The Matewan Massacre became a rallying cry for union activists across the country, with Sid Hatfield garnering fame for his defense of the miners. Hatfield had escaped the Massacre without injury and became a symbol of the fight against tyranny and violence of the companies.

By July 1, 1920, the operators had seemed to lose their fight as ninety percent of the miners in Mingo County joining with the UMWA at this point and joining in with the Strike. There were several armed skirmishes between the miners and the guards. This was because of mine closures and rail routes, along with the companies bringing in non-union replacement workers that lasted into the fall of 1920.

Thomas Felts, the Baldwin-Felts Agency Chief, hired a team of lawyers to bring charges against Sid Hatfield and eighteen other men, who were accused of participating in the shootout for the crime of murdering Albert Felts. The trial began on January 28, 1921. Close to forty armed Baldwin-Felts agents lined the streets of Williamson to intimidate the pro-union jury. After the lengthiest murder trial in West Virginia history, there was not enough evidence to bring a conviction. None of the nineteen men who were indicted were convicted of the killings.

The West Virginia State Legislature passed a bill allowing criminal cases to be prosecuted with summoned juries from other counties. Murder charges were then again brought against the nineteen men for the deaths of the other six Baldwin-Felts agents. Hatfield along with Ed Chambers, his deputy were also brought up on charges of destroying the Mohawk mining camp in McDowell County.

Hatfield and Chambers traveled unarmed to court with their wives, on August 1, 1921, to stand trial. Awaiting them were Baldwin-Felts agents who shot and killed them on the McDowell County Courthouse steps. C. E. Lively, “Buster” Pence, and Bill Salter, who were Baldwin-Felts agents were acquitted of the murders of Hatfield and Chambers on the grounds of self-defense.

These two events would set off a firestorm of the fight between the miners and the operators. In our next post, we will get into the Battle of Blair Mountain and how it turned into one of the largest labor wars in history.

For Extra Reading on the Massacre/ Battle for Blair Mountain