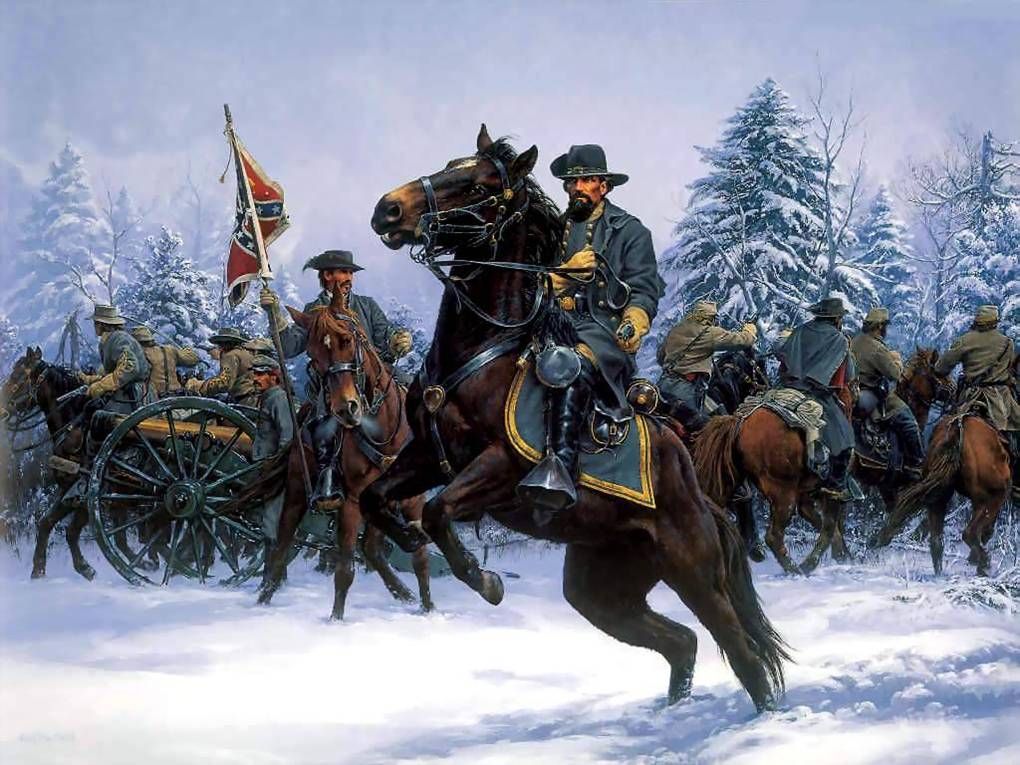 Haunted tales of riders on their steeds galloping through Westwood and sounds of the battle can be heard as echos from a time long gone by.

The Haunted Rides of the Confederate Soldiers

This will be the last of our Letcher County Haunted History series. The rest of the tales we cannot confirm or deny as we have tried to research many of the others and cannot find enough information to confirm them. This is not to say that they did not happen. We just can’t link them to historical events in our research. There are many more on the list and we ask everyone to check out Appalachian Haunted History on Facebook or check out their haunted history walks for more tales of the Bloody Ground of Letcher County. We hope everyone has enjoyed our little trip through the myths and legends of our wonderful mountains.

Here at Kentucky Tennessee Living, we strive to keep this site non-political in nature. All historic events posted that changed the lives of future generations and have helped to give miners a voice in their working and living conditions. As well as we remember those who fought on both sides of the Civil War. All events posted are for the benefit of remembering who we are as the American Appalachian Hillbillies. This is just a light summary of the events surrounding the Battle for Whitesburg, Kentucky. Future videos and articles will be made in more detail.

Between the years of April 12, 1861, and May 9, 1865, America tore herself apart with the Civil War between the states. The peace of the Appalachian Mountains was broken as brother took up arms against his brother. There are many ghost stories that are attached with this portion of our history. It it is really no surprise that there are two in Letcher County. Our story will cover the troop of ghostly soldier riders in Whitesburg, Kentucky.

The Two Armies and Commanders

The Confederate States 10th Kentucky Mounted Rifles under the command of Lieutenant George Houck. The Company maintained a base camp at the mouth of Sandlick Creek. This was near the town of Whitesburg, Kentucky.

The Union States Harlan Battalion Kentucky State Guard was formed by three Companies on October 13, 1862. Major Benjamin F. Blankenship was in command during the time of battle.

General Lee surrendered at Appomattox on April 10, 1865. Days later on April 16, 1865, there was a second battle in Whitesburg, Kentucky. This would be one of the last engagements of the Civil War and also occurred on the same date as the Battle of Fredericksburg.

The very men who had faced each other during the first battle of Whitesburg were once again facing each other in battle. Their regiments names had changed, but they were still in the fight for the area just the same.

The 10th Kentucky Mounted Rifles had their names changed to the 13th Kentucky Calvary. The Harlan Battalion became the 47th Kentucky Infantry then changing their name one more time to the Three Forks Battalion.

Another coincidence is that the two commanding officers were the same for both Battles. The only exception being that Major Blankenship received a promotion to Captain during the war.

The banks of the Kentucky river was swollen and one side of the river was the 13th KY Cavalry from the Confederated States. And on the other bank was the Three Forks Battalion from the Union States.

The Union Battalion was there to protect civilians from Bushwhackers that were operating in the area. After a fierce battle, the Confederates escaped after destroying al the boats and rafts in the area to prevent a pursuit by the Union forces. Several men were wounded in the battle but no men died directly.

When the writer of this tale used to live in Pine Creek, I remember taking my oldest child to West Whitesburg School and hearing the parents speak about the ghostly rides during the Fall Festival. Ghostly tales of riders on their steeds galloping through Westwood and sounds of the battle can be heard as echos from a time long gone by.

There were tales that when the weather was rainy and foggy you could see the ghostly mounts as they were preparing for battle. You could hear the gun shots of the muskets as they rang through the air. I have never experienced the site of this, however, many in the area claimed to have seen it. I can neither confirm or deny these happenings.

There are many reported ghost haunting and sightings from that era in time. It is as if the wound of this Country is still trying to heal from the great injury that it had sustained. Many travel to places that are haunted from the Civil War and we hope that word grows about these places for tourism. It is always our hope that people continue to think outside of the box and bring new industries into the mountains.

Thank you for reading The Haunted Letcher County history Series: The Haunted Rides of the Confederate Soldiers. We thank you for continuing to support Kentucky Tennessee Living as we bring to you the history of the Appalachian Mountains.

For more information on the Two Battles for Whitesburg

The Second Battle of Whitesburg

Now’s your chance to meet the ghosts of Letcher County
Mountain Eagle
October 19, 2016