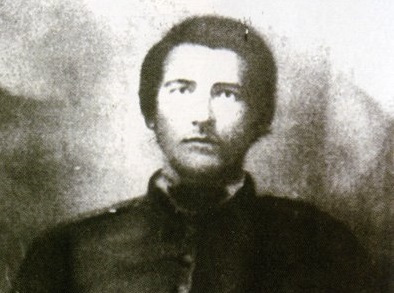 The deaths of Ellison Hatfield, Tom Wallace and Fred Wolford, the Pawpaw Tree Incident and the most controversial Perry Cline.

The Hatfield and McCoy Feud continues with part three. In this section of the feud we will discuss the death of Ellison Hatfield and how this led to Pawpaw Tree Incident. We will also be covering the deaths of Tom Wallace and Fred Wolford and one of the most controversial people of the feud, Perry Cline.

1882 The Death of Ellison Hatfield

On August 5, 1882, on an election day in Kentucky, a deadly mix of contempt and alcohol came together. Before now, there had been raids, kidnappings, and lawsuits that caused the families to despise each other, however, this day, the violence had reached its tipping point.

Three McCoy brothers (Tolbert, Phamer (Pharmer), and Bud) got into a drunken argument and brawl with Ellison Hatfield and another brother, who were both the brothers of Anse. There are a couple of views as to why this happened, but we will discuss the most popular view only.

One view is that the McCoy brothers were angry about the treatment of their sister, Roseanna, by the Hatfield family. The popular view of this, is that the Hatfield family did not think that Roseanna was a good match for Johnse. Johnse did marry Roseanna’s first cousin, Nancy who was also a McCoy and the daughter of Asa McCoy. However, Roseanna was pregnant at the time of the marriage taking place, so there were understandable hurt feelings about this going on.

It is believed that all of the men got into a heated argument and Ellison was stabbed 26 times, some in the back, and was killed by a gunshot while he was laying on the ground. Some historians say that Ellison lived for a very short time after this incident.

The McCoy brothers were arrested by Hatfield Constables and were taken to Pikeville, Kentucky for trial. Anse arranged a large group of followers and force-ably took their McCoy prisoners before they reached Pikeville.

Tolbert, Phamer (Pharmer), and Bud were taken by force to West Virginia and there killed by the Hatfields as vigilante justice. Each man was tied to pawpaw trees and was shot several times. A total of 50 shots were fired at the men and they are described as being “bullet-riddled”.

Approximately 20 men, including Anse were indicted for the murders even though most people of the area considered the revenge to be warranted. All of the men eluded arrest and capture. This lead to the McCoys taking their own vigilante justice.

The McCoy family sought justice through Perry Cline who was married to Martha McCoy, who was the widow of Asa McCoy. It is believed through Cline’s influence, and political connections, to have the charges of murder of Tolbert, Phamer (Pharmer), and Bud, reinstated and have warrants placed for their capture. for the arrest of Devil Anse, Jim Vance, and others of the Hatfield clan, hoping to attract bounty hunters to the region to apprehend the fugitives in West Virginia and bring them back to Kentucky for trial.

Perry Cline is a very controversial character among historians and both families. He is often seen as the linchpin that caused the feud to escalate. The question becomes was he seeking justice for himself or for the McCoys. The possible motive could have been many years before the Election Day Brawl, Perry Cline had lost a lawsuit against Anse.

The lawsuit was over a deed to 5,000 acres of land and timber rights. He is either demonized or canonized for his actions in the feud depending on whose side that you take in the dispute. Later in life, Cline was responsible for the first African American School in Pike County, Kentucky. And being a very skilled politician became a Kentucky State Representative.

However, it is widely agreed that the portrayal of Perry Cline in Kevin Costner’s Hatfield and McCoys miniseries is not accurate. There was no love interest between Roseanne McCoy and himself because Cline was married at the time.

Jeff McCoy killed Fred Wolford, who was a mail carrier. The reasons for this murder are currently unknown as well as his connection to the feud. Acting Constable Cap Hatfield and his friend Tom Wallace were acting upon a warrant to arrest Jeff McCoy for this murder. Both men shot Jeff while he was trying to escape on the banks of the Tug Fork River. Tom Wallace was found dead in the spring of 1887.