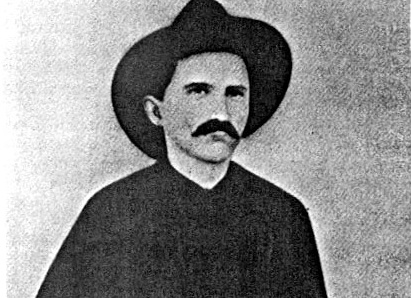 The New Year's Massacre and The Battle of Grapevine Creek

In part four of the Hatfield and McCoy Feud gets serious as the States of Kentucky and West Virginia prepared for war against each other. Things are about to get more violent in the feud as the families are now at a tipping point. This is considered to be one of the most violent sections of the feud. Also entering into the fray was another controversial character into the Feud by the name of Frank Phillips.

By this point at the end of 1887, Randolph McCoy had lost three sons and a brother to the Hatfield family. Justice was not being served upon their murders through the courts. His attempt to gain justice through political actions would turn into more tragedy for the family.

New Year’s Night 1888 is historically considered to be the beginning of the peak of the violence between the two feuding families. Cap Hatfield, Anse Hatfield’s son, and Jim Vance, Anse Hatfield’s uncle, led a group of Hatfields to the McCoy family cabin and open fire in the middle of the night on the sleeping family. The cabin was then set on fire in an attempt to draw Randolph McCoy out into the open.

McCoy escaped however two of his children were shot and killed (Randolph’s son Calvin and daughter Allaphare) and his wife, Sarah, was beaten severely, with a skull fracture, and almost died of her injuries. The beating of Sarah is often assigned to Vance. The children and family members who escaped with Randolph McCoy suffered frostbite due to only being in their night clothing and was unprepared for the cold night. The family then moved to Pikeville in an attempt to end the night raids and for the safety of the family.

The Battle of Grapevine Creek 1888

The beginning of the battle started when Deputy Sheriff “Bad” Frank Philipps and his posse that included Bud McCoy and one of Randolph’s sons, James “Jim” McCoy were commissioned by the Kentucky State Govenor, Simon Buckner, to begin tracking Anse Hatfield and his group of men across the border into West Virginia. On January 10th, Philips arrested Cap Hatfield, Jim Vance was the first to die as he was killed resisting arrest in the wooded area. There are several who claimed that Vance was killed after the party, which included several McCoys, ran him down in the woods. Still others claim that Philips took the law into his own hands and killed Vance himself. In several raids, Philipps was able to capture more conspirators and three Hatfield supporters were killed in the attempts.

Often seen as a loose cannon in the feud, it seems that Jim Vance was not the major player in the feud as many think. While he is historically at all of the major events of the dispute, he was not generally seen as an instigator but more of just a member of the group as a whole, as the Hatfields saw him as a loving Uncle. However, if you ask the McCoys, they saw Vance as a murderer who was mentally unhinged. Vance did become a Constable in 1870, and at the same time, he has been deemed an outlaw in Pike County, Kentucky. Like many of the Sheriffs and Marshalls of that time, it was not unusual to have a lawman be wanted by the law in the next state or County over from where they served. It is a very complex society in the Appalachians and very hard to actually grab a hold of those men of that time who can be both a Sheriff and called “Devil” or “Bad” or other names due to some of the actions that they took.

Deputy Sheriff Frank Philipps and his posse found Anes and the other Hatfields waiting upon them at Grapevine Creek. The largest gun battle of the feud began, which has made the feud legendary, but the Hatfields were eventually rounded up and arrested. Deputy Bill Dempsey, who was a Hatfield supporter, was wounded and executed by Deputy Sheriff Frank Philipps on the scene after the Hatfields had surrendered. This battle claimed more than a dozen lives from both sides of the feud.

This had gotten to the point that the Governors of the states of West Virginia and Kentucky got involved in the conflict Kentucky Governor Simon B. Buckner sent his Adjutant General Sam Hill to Pike County to investigate how the situation could be calmed.

In response, Buckner sent troops to the Kentucky border to prevent further retaliatory raids by either the troops or the Hatfields against the McCoys. In only twenty years since the Civil War, once again the troops from two states were facing one another.

The Hatfields and their families were indicted for the murder of Allaphare McCoy and others for resisting arrest. Those listed in the indictments were the following:

Was he an anti-hero or villain, well that depends on which side that you are taking with this feud? There are many stories of his time with wild women, alcohol, and excessive force. Still, there are others who view him as taking the actions necessary to reign in one of Tug River Valley’s most wanted gangs of criminals. At this time in history, the Appalachian Mountains were the Wild West before there was a Wild West. Very little law and order were established and it was not uncommon for families to take justice into their own hands. With Philipps actions to arrest the Hatfields, the United States Supreme Court had to make a ruling as there were two states involved.