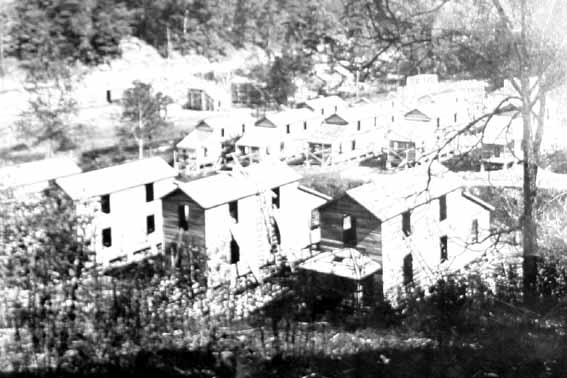 The Birth of Kona, Kentucky

Our story begins with the original settlers of Kona. Eastern Kentucky was closed to many settlers before 1800.

Our story begins with the original settlers of Kona. Eastern Kentucky was closed to many settlers before 1800. This was due to several treaties between the Colonies of the USA, France, Great Brittan, and the Native Americans. While these wars and treaties are not exhaustive, they are a very general overview of the time when the colonies wanted to settle westward.

The French and Indian War (1754-1763) was a Seven Year War between Great Britain, France, Spain, and Portugal. In this conflict, the issue was who owned the Ohio Valley, and who could trade with and have trade relations with the Native Americans.

The Treaty of Paris of 1763 was the formal declaration of peace between France, Great Britain, Spain, and Portugal. This was due to the cease fire of a Seven Year’s War that raged over who owned what land in the new colonies.

The Proclamation of 1763 was declared by the British crown at the end of the French and Indian War. This was declared to put a halt to encroachment of settlers upon the lands of the Ohio Valley.

The Indians’ War of Independence coincided with the American Revolutionary War. Like their colonial counterparts, this was the declaration by the Native American Nations to declare their independence from the rule of Great Britain. While their fight is ongoing today over certain aspects of the rule over the First Nations, their freedom from Great Britain was established at this time.

Lord Dunmore’s War happened in 1774 and was a conflict between the Colony of Virginia and the Shawnee and Mingo Native American tribal nations. Basically, Lord Dunmore (John Murray) wanted to remove the human obstacles to the colonial conquest of the Appalachian Mountains. This would lead to the death of Jenny Wiley’s family and we have the story of this in another series.

In May of 1790, Doctor Thomas Walker and in September of the same year, Christopher Gist were the first parties to enter the area with white settlers into the forbidding mountains of the Appalachians. They came into the area through the Cumberland Gap and Pineville Gap.

As early as 1835, a trail had been established and the Kona area made a good stopping point for settlers to camp and restock their supplies. This was one of the jumping off points for all the settlers that were going west or returning east for supplies. While this was not a fort, it was one of the many well known places to stop to rest and choose which direction that the people wanted to head into.

It was also sometime during this time period that Daniel Boone would carve his letters into a beech tree. The letters were “DB 1781”. This tree stood on the east bank of the Boone Fork for many years. Sometime in September of 1928, the tree was photographed then chopped down, and split for its wood with the permission of W.H. Potter, the owner of the land at that time. The person who cut down the tree was R. L. Pilling, a lumber dealer.

The first known local family that settled into the Kona area was the Bates family. It is said that they first traveled to Missouri in the early 1800s and returned to the mountains later. They settled on the west side of Boone creek opposite of the Boone Tree and the settler’s travel camp. They would gradually increase their land holdings to several hundred acres all around the North and Boone Forks of Letcher County.

The act for the creation of Letcher County would be enacted on April 1, 1842. The General Assembly of the Commonwealth of Kentucky named the new county Letcher after Governor Letcher who supported the act. Summit City would be named as the county seat, and the name would later be changed to Whitesburg.

Captain Martin Van Buren Bates was born on November 9, 1845. Yes, we know that this date of birth is very disputed among the family members and historians of Bates. What is not disputed is that he did serve as a Captain during the Civil War and was a peer of P.T. Barnum. He was also honored and received by Queen Victoria of Great Britain and other royal members. He is also recorded in The Guinness Book of World Records as being the tallest man, being 1/2 of the tallest married couple (His wife was Anna Swan Bates the tallest woman on record), and for being the father of the largest baby ever born.

W.H. Potter applied for a Post Office at the Mouth of Boone Fork. This was granted and Potter became the first Postmaster of the Office. He was allowed to name the Post Office and he chose the name “mater” meaning mother in Latin. This was accepted by the Postal Department and was used until 1921-1922.

The Winston Construction Co. of Virginia, and Mason & Hanger Construction Co. of Richmond, Ky. began construction of a railway. They graded a long deep cut below Kona and a smaller cut above Kona to make way for the tracks to be laid. The railroad opened for operations in 1912-1913.

W.H. Potter had deeded the L&N railroad about one mile of right-a-way through his land with the condition that a station would be provided near his home. The railroad refused to use the name “mater” as the name of its station. Potter then suggested the name “Lula” after one of his daughters and the name was accepted was used for six to eight months.

However, there was already a Post Office and a station with the name of Lula, Kentucky. So then Kona was suggested for the name and then accepted. The name means in Hawaiian “leeward” or dry side of an island. There is a Kona, Japan and a Kona, Africa.

In 1937, Consolidation Coal Company purchased another tract of land to add to the railway. This additional track would extend the Consol’s holdings to the top of Pine Mountain at the Virginia border for three miles.

The area around Kona ebbed and waned with the coal industry. And soon the coal would come off of the rails and be ran out of the area on coal trucks. The tracks would be lifted and the land would be stand silent once again.

There are many residents of Kona, Kentucky and they are very proud of their elementary school called Martha Jane Potter. For many years it was considered to be the best place to send your children for their education. While still very small in population, there are many who still enjoy living in this very small community.

Thank you for watching our video and reading our post Birth of Kona, Kentucky. We thank you for continuing to support Kentucky Tennessee Living. As we bring to you the history of the Appalachian Mountains.

The Indians’ War of Independence
https://ap.gilderlehrman.org/essay/indians%27-war-independence?period=3

PrevPreviousHow McRoberts, Kentucky Got Its Name
NextJohn Stuart Williams (1818-1898)Next