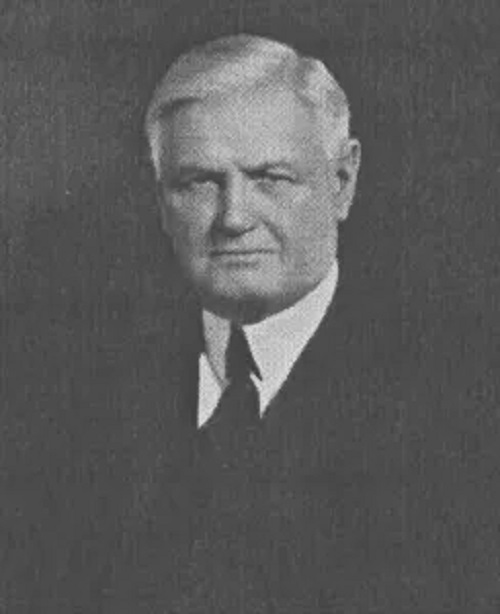 How McRoberts, Kentucky Got Its Name

This is the biography of Brigadier General Samuel McRoberts and why his name was chosen for the naming of McRoberts, Kentucky.

This is the biography of Brigadier General Samuel McRoberts and why his name was chosen for the naming of McRoberts, Kentucky.

McRoberts had married twice. He married Mary Agnes Caldwell in 1895. She died in 1904. Her cause of death is not listed. McRoberts then married Harriet Pearl Skinner in 1906. There were no children from either of his marriages. McRoberts would outlive both of his wives as Harriet would precede him in death by only a few years.

He received a A.B. degree in 1891 and a M.A degree in 1884 from Baker University. Baker also graduated with a LL.B. degree in 1893 from the University of Michigan. That same year he was admitted to the bar where he practiced law in Chicago, Illinois.

His first job was being an attorney in the legal department for Armour and Company in 1895-1900. He was then transferred to the financial department where his business savvy led to a position of a manager and executive. In 1904, he became the treasurer of the company then the general manager within the same year. While he was also employed with the Armor and Company, he served as the president of the Illinois Tunnel Company for three years. His job at the Illinois Tunnel Company included the operation of the corporation of the Chicago freight subway.

In 1904, McRoberts was among a group of men that were indicted by the Hudson County New Jersey Grand Jury. The charge was fixing beef prices. The men involved with McRoberts were J. Ogden Armour, L. F. Swift, C. H. Swift and A. W. Armour and other directors of the National Packing Company.

In 1909, Samuel McRoberts resigned with the Armour and Company and moved to New York City. There, McRoberts became the vice president of the First National City Bank of New York.

The First National City Bank of New York was a bank that was owned at the time by J.P. Morgan. This bank would change its name and become Citibank and would go on to be a huge financial services corporation in the United States.

While at this position McRoberts was involved in many ventures. He was on the board of directors of the Consolidation Coal Company. And was one of the bankers that helped to fund the Consol building projects in Eastern Kentucky. The town of McRoberts would receive its name from these efforts.

According to the Coal Trade Magazine in June 1911, Samuel McRoberts was re-elected as director of the Cumberland and Pennsylvania railway. And he also was on the board of directors of Consolidation Coal Company during that time.

According to Moody’s Manual of Investments, he is still on the board of directors of Consolidation Coal Company in 1922.

While in their employment, McRoberts joined with bank’s Vice President Horace Kilborn and other bankers in a motor car venture. Samuel McRoberts was issued a permit to manufacture his Orson automobile. In 1914, the New York Official Automobile Director’s list permit number 15588 as the Orson Automobile number. This venture failed. However, a security bond through the Farmers Loan & Trust Company of ten investors giving $2,500 each was guaranteed for the venture.

He resigned his position with National City Bank in 1917 when he got an “invitation” to join the military.

In late 1917 McRoberts joined the military as a major in the Reserve Corps for service Ordnance Department in Washington, D.C.

Because of McRoberts expertise in management, manufacturing, and other material production he was promoted quickly. On November 28, 1917, McRoberts was assigned and promoted to colonel as the Chief of the Procurement Division in the National Army. In this position, McRoberts oversaw the securing of food, clothing, weapons and ammo, and other equipment needed by the Army.

McRoberts was then promoted to Brigadier General and sent to France on August 8, 1918. McRoberts joined with General John Joseph “Black Jack” Pershing’s staff on October 19, 1918. He would serve in France until his discharge on January 15, 1919.

During his service there, he would provide advice and guidance for the building of factories. He was instrumental in setting up finance, budgeting, management, production schedules, and design of assembly lines.

For recognition of his contributions to the war effort in his station as a Brigadier General, McRoberts received two great honors. By Act of Congress on July 9, 1918, the President of the United States authorized the Army Distinguished Service Medal. The French Government made him a Chevalier of the Legion of Honor.

McRoberts then became the Chairman of the Board of the Chatham Phoenix National Bank and Trust company in 1925. McRoberts stepped down from this position in 1932.

He was a member of the Metropolitan Club, The Recess, Union League, and the Racquet and Tennis Club. McRoberts had links to the Army and Navy Clubs and the Chicago Club. He was a founding member of the National Golf Links of America and belonged to several Country Clubs around the area.

On November 25, 1914, Samuel and Harriet McRoberts gave land to School District Number 3 of the towns of North Castle and Bedford to build a new school. This donation led to the building of the third Coman Hill school building of 1915. The building materials were also donated by McRoberts.

On September 8, 1947, McRoberts died in New York City. He was preceded in death by both of his wives. He is buried at the Saint Matthew’s Episcopal Churchyard in Bedford, New York.