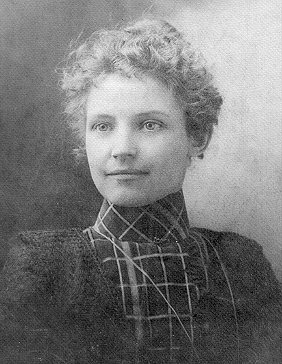 While no stranger to the harsh land of the Appalachian mountains. Jenny Wiley would be captured and escape in a legendary story.

Due to the sensitivity of this topic, our goal is to be fair to both sides of this story. The legend of Jenny Wiley is a huge one in the Appalachian Mountains to this day. We hope that this story comes across as respectful to both the legend and all of those involved. As our saying goes…”Real history is often messy, but it is history nonetheless.” This is not a topic for those with sensitivities to murder and captivity situations. Viewer discretion is advised.

Jenny Sellars was born to Hezekiah Sellars and Jean Brevard in 1760 in Pennsylvania. In 1778, when Sellars was about 18-years-old, her family moved to Walkers Creek, in what is now Bland County, Virginia. She met and married Thomas Wiley, a Scotts/Irish Immigrant in 1779 at Walker’s Cabin located at Walkers Creek, Virginia at about the age of 19 years old.

Soon after they married they built a cabin in Walker’s Creek and started raising a family. The couple had four children: Hezekiah, Ruth, Naomi, Tommy, and one on the way, whom Jenny would name Robert Bruce.

Jenny was no stranger to defending herself and her family as several raids had taken place in the area for retaliation against Matthias Harman whom the Native Americans of the area called ‘Skygusty’. Harman’s cabin was about one-half mile from the Wiley cabin. The families had come from Strasburg together to settle on the Virginia frontier of Kentucky. Harman’s experience with Native Americans caused him to develop an extreme hatred for the Native Americans in the area and a belief in their extermination.

Sometime earlier, on one of his raids against the Native Americans, Harman killed the son of a Cherokee Chief. (I have been unable to find his name listed). This action angered all of the surrounding Tribes and they formed a small party to exact revenge upon him.

Earlier that day, Thomas Wiley set out for a trading post with a horse heavy laden with ginseng to barter for domestic necessaries. Jenny was at home with her children and her 15-year-old brother, who is not named anywhere I can find.

At a farm nearby, Jennie’s brother-in-law, John Borders who was married to Jenny’s sister was doing chores. It is unclear if he was herding lost sheep home or doing other chores around the farm. That afternoon, John heard owl-call signals in the woods that made him suspect Native Americans were in the area and planning an attack. He warned his sister-in-law to pack up her children and leave the cabin, but Jenny wanted to finish some household chores before leaving. According to sources she was making clothing for the winter months ahead for her family. She had promised John that she would be at his farm before nightfall. Borders then went on to surrounding farms of what he had heard and suspected.

Later that day, a group of eleven Natives, composed of two Cherokees, three Shawnees, three Wyandots, and three Delawares, stormed the cabin believing that they were at the residence of Matthias Harman. According to a source, they asked for Harmon and Jenny tried to explain they were at the wrong cabin but they didn’t understand her.

They brutally killed her younger brother of about fifteen years of age and her children Hezikiah, Ruth, and Naomi. Jenny, who was expecting, and her fifteen-month-old child Tommy was taken captive. The cabin was then set on fire and Jenny and Tommy were forced to go with the men.

Because of the forced pace and the conditions of the weather of the time, Tommy began getting sick. Cap John was making a strong point that he should be killed along with his mother so that they could make a clean escape. It is at this point that Black Wolf claimed Jenny and Tommy as his own. After several days of running over mountains and being forced to swim across swollen rivers, Tommy became increasingly sick. Harman and his men were in close pursuit of the party and catching up. The time had come for a decision to be made about the 15-month-old child. Sources agree that the child died in front of his mother.

Shortly after this event, Wiley gave birth prematurely to her child whom she named Robert Bruce. The child did not live long as it was also murdered. It is unclear if this happened while Wiley was sleeping or awake.

The group had reached the Ohio River and the Shawnee Village was on the other side, but the river was overflowing its banks and was not passable. So the party switches course until they reached the Little Sandy River. There the Cherokee departed their company.

During the winter months, Wiley became sick and was given much of the same consideration as any other Shawnee tribe member, including her own Rockhouse. During her captivity, Jenny learned some of their languages and was valued for her weaving skills as she taught this skill to the women of the village. Marching continued in the spring and ended at Mudlick Falls near Paintsville. Again, Wiley worked alongside the Shawnee, hunting, gathering wood, and performing other chores she was assigned.

The Cherokee returned and Wiley was purchased from the Shawnee to become one of the wives of a chief in Tennessee. The next morning while the men were going on a hunting trip, they tied Wiley to a tree so that she could not escape. She was able to break her bonds and using the skills that they had taught her was able to get away.

Finding her way to Harman’s Blockhouse or Harman’s Station in what was then Floyd County (now Johnson County), near Lousia, Kentucky. Wiley was aided in crossing a major river by Long-hunter Henry Skaggs. With the help of the settlers at Harman’s Blockhouse, Jenny made her way back to Walker’s Creek. Exactly how long she was kept prisoner is up for debate, but by most accounts, she escaped her captors and was found in the spring of 1790.

Wiley returned to her husband at Walker’s Creek and the two relocated to Johnson County, just outside of Pikeville where they had five more children. The children’s names were: Jane, Sarah “Sally”, Hezekiah, William, and Adam. Jenny died in 1831, at the age of 71, and was buried in Johnson County.

Who Was Jenny Wiley?
https://prestonsburgky.org/who-was-jenny-wiley/?fbclid=IwAR1ZFt6DSwqTTp0HRfumR_9Y2YNo57Icpih9RyDdMNGzAH1L2flLEUvxqrI

Copyright and other Information