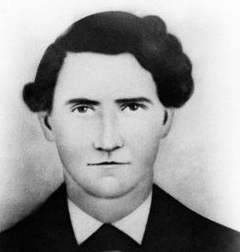 The Hatfield and McCoy Feud (Part One: The Civil War Connection)

Over the years, the Hatfield and McCoy Feud has taken up epic proportions. This is a middle of the ground telling of their story.

A Little House Cleaning For Those Not From the Mountains

Feuding is nothing new to those who live in the mountains. Some feuds still carry on to this day and have lasted so long that most people don’t know why they are supposed to hate the other family. One such case was the Hatfield and McCoy most famous feud in American history.

Extended family and friends are often called clans. This is in no way to be confused with the KKK. The term clans will be used interchangeably with the word family when the extended family is involved in the conflict.

The Civil War caused a lot of havoc in the Appalachian Mountains. Important mountain crossings and river points becoming hotbeds of conflict between the North and the South and would change hands often. These crossings were important for supply lines and the movement of troops. While slavery was not an issue in the Appalachians, the issue of states’ rights versus the government’s rights was very much at the forefront. These were pre-coal mining days, so the conflicts between the Appalachians and the Coal Barons would not happen for many decades still to come.

Miniseries have been made, documentaries, movies, books, pamphlets, even Bugs Bunny had a couple of Cartoons based around it, Star Trek did a huge nod to it with its Doctor Leonard “Bones” McCoy, now a dinner and show restaurant in Sevierville, Tennessee. It has been famous, infamous, maligned, and celebrated. Why all of the fuss? Well, let’s dive into the Myth, Legend, and Facts of the Hatfield and McCoy Feud.

The Hatfields of West Virginia were led by William Anderson “Devil Anse” Hatfield, while the McCoys of Kentucky were under the leadership of Randolph “Ole Ran’l” McCoy. The McCoy family lived mostly on the Kentucky side of the Tug Fork; the Hatfields lived mostly on the West Virginia side. Again, during that time families had members who fought on the other side of the fence. So when talking about the family as a whole, you can kinda say a family was this way or that way but in reality, it was a mixed bag depending on who they were.


The Pike County Guards in 1862, who at that time was led by William Francis, had shot and wounded Mose Christian Cline, he survived these wounds. However, he was a close friend to Anse Hatfield who swore to avenge the parties who were responsible for the shooting. Sometime in 1863, a group of Confederate Home Guards had ambushed and killed William Francis as he was leaving his house. Hatfield took credit for the shooting. This is not the last time the Cline family would be involved in the feud.

Asa Harmon McCoy joined the 45th Kentucky Infantry on October 20, 1863. During the early months of the war, Asa had joined the Pike County Home Guards under the command of Uriah Runyon. (Uriah Runyon was “killed by Rebels” on May 7, 1864.) By December 1863, McCoy was “captured by Rebels” and released four months later to a Union hospital where he was recovering from a gunshot wound to the chest. It is thought that he sustained the wound while serving his unit.

May 6, 1864, suffering from a leg fracture, Asa is reported as being in a Lexington hospital. On December 24, 1864, the 45th Kentucky Infantry Company E was mustered out of service.

Asa Harmon McCoy fought for the Union against his family. Just 13 days out of service on January 7, 1865, McCoy was confronted by and killed by the Logan Wildcats, a group of self-appointed home guards, enforcing their views of the law with violence and intimidation, patrolled the roads and settlements on both sides of the Tug River in Logan County, West Virginia. The Logan Wildcats, which had Anse Hatfield and Jim Vance (who was one of Anse’s uncles and known as “Uncle Jim”) as members, and both were from the Hatfield clan. Anse Hatfield also held considerable authority since he also employed many of the men in his timber operations.


Anse was found to be at home with an illness at the time of McCoy’s death, however, Vance was suspected of the murder. A group of Confederate Guerrillas took credit for the killing and McCoy’s wife’s pension application states that McCoy was “killed by Rebels”. However, Vance to this day is considered to be the one that killed McCoy. There are no existing records of McCoy’s death nor warrants for his murder.

After the War, Hatfield would employ many of the McCoy clan in his timber operations. While Randolph McCoy – known as Old Ran’l would also run a similar business, having large landholdings (a farm of 300 acres) and livestock, he was not as financially well off as Hatfield.

While there was some bad blood between the families over Asa’s death, the two families often shared social connections and marriages.

Valentine Hatfield “Wall” was the older brother to Anse, Valentine was content to let Anse make all of the decisions regarding the extended family, and this is why Anse is considered to be the Patriarch of the family. As a justice of the peace, Wall made legal decisions that fed the feud on the West Virginia side by being ignored on the Kentucky side, including regarding extradition and the issuance of warrants. During which members of both families changed sides, betraying family because of marriage or employment. This would come later with Roseanne McCoy.

Both families were involved in the manufacturing and sale of illegal moonshine. It is thought since they were competitors for the same market that this also contributed to the anger in both families.