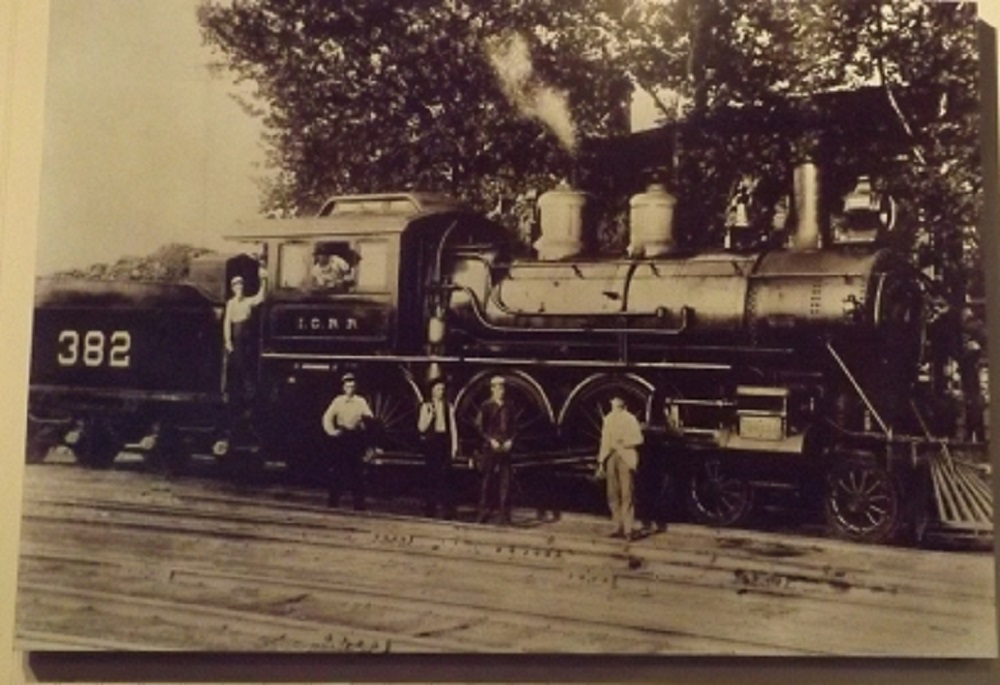 Behind every great legend in history, stands an exceptional story. This is the case for John Luther "Casey Jones."

Behind every great legend in history, stands an exceptional story. This is the case for John Luther “Casey Jones.” Casey was born on March 4, 1863, to Frank and Ann (Nolen) Jones in an area near Cayce, Kentucky. It is widely thought that this is where he got his nickname “Cayce” from, but he changed it later to “Casey”.
At the tender age of 15, Jones went to work for the Mobile & Ohio Railroad as a telegrapher. He then was transferred in the company to the Columbus, Kentucky to Jackson, Tennessee route where he was hired as a flagman and then promoted to a brakeman. Through his hard work, Jones was again promoted to serve as a fireman and worked on the Mobile, Alabama route. Because of this promotion, Jones moved to Jackson, Tennessee.

He was a teetotaler and never drank alcohol and was a devoted family-oriented person. Casey saved his money, and with his earnings, they bought a house in Jackson, Tennessee, and settled down in married life. Together Casey and Janie had three children together: Charles Jones, Helen Jones McKenzie, and John Lloyd Jones.

Now having a family to support and seeing great opportunities for advancement in the career that he loved, Jones began moving up in the Railroad system.

During the summer of 1887, there was a sudden outbreak of yellow fever in the Mississippi River Valley. The mosquito-borne illness was unwittingly carried by individuals who worked for the railroad system. While many became extremely ill or died, the epidemic left a demand for workers on the railroad routes and opened paths for quick advancement in the companies. A demand for a fireman in the Illinois Central Railroad (IC) came open, and Jones leaped for the chance for advancement. On March 1, 1888, Jones, on the Jackson and Water Valley route, became a fireman on a freight locomotive.

Jones achieved one of his goals when on February 23, 1891, he was recognized for his talent and was promoted to engineer. He became known as the best engineer in the business as an expert locomotive engineer for IC. On March 10, 1891, Casey’s name appears on the register book of the Brotherhood of Locomotive Engineers.

It was said that Jones was so punctual that you could set your watch by him. He was never behind schedule and always arrived at his destinations on time.

Having the reputation for making all his stops on time came with risks. Nine citations issued by the Illinois Central Railroad gave Jones a total of 145 days (about 5 months) of suspension. It was well known at the time, that unofficially, the rules for being late were far harsher than the ones for beaking the rules for being too speedy. However, Jones did not have a rule infraction the last year of his life.

Casey Jones’ train had a whistle that was made of six thin tubes bound together. The shortest tube was half the length of the longest tube. Jones was very well known in the area for the trademark way he blew the whistle to make it sound like the bird call of a Whippoorwill bird. The whistle is described as it started off with a long drawn soft whistle that grew in sound then after it peaked would die off into a whisper.

Jones loved baseball and watched or participated in a game whenever his schedule would allow it. He had played during the 1800s at Columbus, Kentucky, while he worked at the M & O Railroad as a club operator. The Water Valley shop team was due to play ball one Sunday in 1898, and Jones got to haul the team to Jackson for the game.

In the Summer of 1893, the World’s Columbian Exposition had come to Chicago, Illinois. This was attracting huge crowds to Chicago on the lakeside of the grounds which was IC railroad’s territory and was quickly overwhelming the trains. A call went out in the Company for engineers to come and help with a load transporting thousands of passengers. Casey volunteered to go. He then ran the suburban service from Van Buren Street to Jackson Park that summer.

Illinois Central had their new train on display at the fair. Hailed as having the latest and greatest of all the technological advancements in trains, the 638 bolstered eight drive wheels and two pilot wheels. It was a 2-8-0 “Consolidation” type.

The 638 was due to go into service in the Jackson, Tennessee area after the fair had closed. Jones asked permission for the new train to be sent to the Water Valley and to drive the train to its new destination. The request was approved. The Number 638 ran its first 539 miles with Casey Jones at the helm.

Jones was able to work on the 638 until late into the 1890s. Casey was able to do extra work on the passenger’s runs and was offered much shorter working days, with better pay and considerable prestige. And as a bonus, the passenger train runs helped him stay closer to his family.

John Wesley McKinnie was a good friend of Casey’s and the two men worked together exclusively from 1897 until Jones transferred to the Memphis line in 1900.

In our next post, we will cover Casey Jones’ transfer to the Passenger Memphis line. We will also cover the rescue of a little girl that would forever put him into the history books as well as being spoofed in the movies.

When we forget our history and who we are as a people, then we become who “they” say we are. ~~ David Sergent