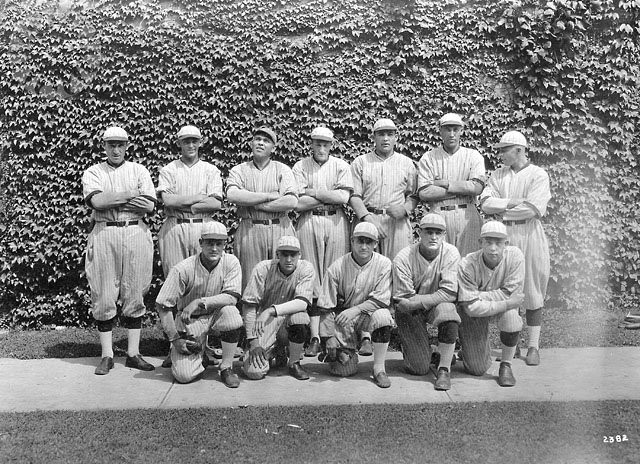 Consolidation Coal Company encouraged the miners to play baseball. They were a part of the minor leagues and some of the players went to the majors.

In Jenkins Kentucky, there were four small baseball teams. These teams were the miners who played against each other. They were the McRoberts, Jenkins, Burdine, and Fleming. Consolidation Coal Company encouraged the miners to play baseball. Its purpose was to give them something to do. It also increased morale and gave them pride in their communities. This helped build friendships and comradery within the mines. Baseball gave the miners a happier workplace.
The Jenkins team also played in the Class D Mountain States League. Their mascot was the Jenkins Cavalier. The Cavalier was the Consolidation Coal Company moniker. It remains the mascot for the Jenkins Independent School system to this day. The Jenkins Cavaliers played in the Mountain States League from 1948 through 1951. The teams disbanded in 1951.

During the final season of 1954, the Mountain States League became a Class 6 League. Harlan and Morristown are the only two cities that participated in their entire run. The League disbanded on July 20, 1954, due to several remaining teams leaving the league

The Names of the Teams

The 1948 Season ended with a record of 35-78 placing sixth and last in the league standings. The managers that year were Ray Russell, Jack Bell, and Brenton Mays. The Morristown, Tennessee Reds placed first with 33.5 games ahead of Jenkins.

The 1949 Season ended with a record of 63-61. Placing fourth in the league and having qualified for the playoffs. Joe Vitter was the manager that year. The Harlan, Kentucky Smokies placed first with twenty games ahead of Jenkins. During the playoffs, with the final tally of the first-round games 3 to 2. The Jenkins Cavaliers lost to the Morristown Red Sox.

The 1950 Season ended with the record of 58-66 placing fifth in the league standings. Managers for the year were Bob Bowman, Wayne Stewart, and Bill Scopetone. Harlan, Kentucky Smokies won first place with a 22.5 game lead over Jenkins.

The 1951 and final season with a record of 24–101 placing them eighth that year. James Grigg and Tom McBride were the managers. The Hazard, Kentucky Bombers placed first that year with 68.5 games ahead of Jenkins. After this season the Jenkins, Kentucky team folded. The town has not hosted another minor league team since.

The Who’s Who of the Jenkins Cavaliers

There are three professional baseball players who played or managed Jenkins.

Robert James Bowman was a professional baseball right-handed pitcher. During the seasons of 1939-1942, he also played for the major leagues. Those teams were the St. Louis Cardinals, the New York Giants, and the Chicago Cubs. Bowman is most infamous for being the pitcher that hit fellow teammate Joe Medwick in the head. An accident that almost cost Medwick his life.

Tom McBride was a professional baseball outfielder. He also played for the Boston Red Sox and the Washington Senators from 1943-1948. He then played in the minor leagues from 1936-1951.

Dominick Thomas Zanni was a professional baseball pitcher. Although Zanni signed with the New York Giants before the 1951 season. Zanni played in the minor leagues and rose through their ranks. Zanni went on to play for the major leagues from 1958-1966. Those teams were the San Francisco Giants, Chicago White Sox, and the Cincinnati Reds.

We thank you for continuing to support Kentucky Tennessee Living. As we bring to you the history of the Appalachian Mountains..

For More Information on the Jenkins Minor League Team

PrevPreviousThe Story of the YMCA of 1912.
NextThe History of St. George ChurchNext