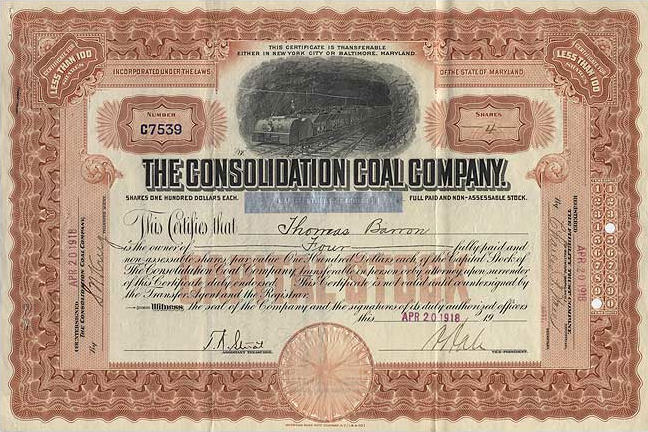 The Consolidation Coal Company had purchased 100,000 acres of land, cut off from the rest of the industrial world

January 1910… the Consolidation Coal Company is faced with a dilemma they had purchased options on 100,000 acres of land… Land that according to four separate survey reports was the richest Coalfield in the Nation…

Land that, as far as transportation was concerned, was cut off from the rest of the industrial world. Being at the Headwaters of Two Rivers, it had no navigable waters. The roads were little more than trails through the woods. To make matters worse the population in the area was sparse and did not have the skill sets needed for construction. Nor could it sustain the sizable workforce needed to complete the project.

Two railroads had been contracted to extend their lines the Lexington and Eastern had the furthest distance at 100 miles, however, the wide flood plains along the banks of the Kentucky River would allow the construct to move along at a quick pace but it would still take almost 2 years to reach the coalfield. The Sandy Valley and Elkhorn while only having to extend their line a little over 20 miles had the greater challenge as the river followed along the narrow valley between the Cumberland Mountain and its foothills and was scheduled to enter the Headwaters of the Elkhorn in 18 months…. This would mean that the construction of the mining towns would take a period of 4 years before the first coal would be shipped…

In the fall of 1910, a solution to Consol’s dilemma was found…

8 miles across the Cumberland Mountain near a town called Pound VA, there was a little-used spur of the Interstate Rail Road or the IRR through a connection at Glamorgan VA… The Interstate was a “short-haul operation” providing transportation of coal from several of the mining operations in Wise County, Virginia to the L&N railroad at Appalachia. A year earlier Interstates parent company The Virginia Coal and Iron Company had acquired financial backing to extend their line and make a connection with the Norfolk and Western railroad in Norton VA.

Consol would pay to have the Interstate spur extended 4 miles to a spot near present-day Almira VA it is here that Consol would have the work crews, supplies, equipment, and construction materials shipped and unloaded then transported across the mountain using wagons and sleds to the first constructions site… A town they would name Jenkins in honor of George Carrell Jenkins a Baltimore banker and one of the directors of the Consolidation Coal Company…

Mr. Jenkins and his wife Katherine (Key) Jenkins were from two of Baltimore’s most prominent families, for nearly a century the Jenkins family ran Jacobi & Jenkins Baltimore’s most prestigious maker of sterling silver. His wife was a Great-niece of Francis Scott Key and was heavily involved in Baltimore Society. As a young man, Jenkins served in the 52nd Regiment of the Maryland National Guard, and in 1862 he left his father’s business to serve as a private in the Confederate Army, First Maryland Cavalry, Company C. At the time of his death he would be one of the oldest Confederate veterans in Maryland.

After his father’s death in 1882, George Jenkins became director of the Savings Bank of Baltimore and the Merchants-Mechanics’ National Bank. Later Mr. Jenkins would become a director of the Atlantic Coast Line, the Louisville and Nashville Railroad, and the Safe Deposit and Trust Company. He was also a director of United Railways, the Baltimore and Ohio Southwestern Railroad, the Canton Company, the Maryland Life Insurance Company, and the Consolidation Coal Company. However, in 1909 Jenkins had approved of a loan for a Company in VA so they could extend their railroad line and make a connection with the Norfolk and Western Railroad in a town called Norton Va.

By this time The Consolidation Coal Company and John Mayo had finally agreed on a deal for the lands although the actual purchase price is unknown the deal Mayo made with Consol was extraordinary for the time. Typically coal camps consisted of a company store and shanties used as housing for the miners. But Consol was to build “Modern cities with all the amenities of the twentieth century” for the miners and their families and the stores and services of these cities would also be open for trade with the local population. Consol would also pay the miners thirty-five cents per hour in addition to the customary script to encourage trade with the local towns and bring prosperity to the people of the mountains. Mayo and his associates would also become major stockholders in the Consolidation Coal Company.

Across the mountain in Almira the trains began arriving at a rate of 20 cars per week these had to all be hand unloaded and reloaded onto the wagons and sleds used to transport the equipment, materials supplies, and goods across the mountain. The list of men and equipment arriving included nine sawmills, two brick plants, two narrow gauge locomotives along with the rail and cars needed for two construction trains to speed up the construction and 12 boilers and generators for a power plant. The men included lumberjacks, architects, masons, railroad men, plumbers, carpenters, plasterers, and electricians.  Consol would use sleds and teams of oxen to drag the heavier equipment across Pound Mountain. by far the heaviest items were the electric generators and boilers these weighed in at 16 tons or 32,000 pounds each and would require 20 head oxen teams and take days to drag them the 5 miles to the construction site.  After the road to McRoberts had been finished 1 of the construction trains along with a brick plant and 6 sawmills would be drug across the new road to be used in the construction efforts on the Kentucky River.