The Following article is partly fiction, this is because as Charles A Johnson tells us in his book, at the time of the trial it was customary for only the testimony of the witness to be recorded. This means that from the answers given, we must try to resolve the questions that were asked by both the defense, and the prosecution. In this story we are starting with the testimony of Sarah Blevins witness for the prosecution, The reason for this is because during the questioning of Jane Mullins, both the prosecution and defense ask her questions in preparation for the expected testimony of Sarah Blevins and others. This is because every trial has a phase called “Discovery” during which, the prosecution and defense presents expected evidence to each other, to ensure that there are no surprises during the trial.

The bodies were moved back to Jane and Wilson’s house in preparation for burial and as the family friends and neighbors arrived to help with the work and to comfort the widow, Jane had made several statements to multiple people including the party charged with the inquest of the crime that she did not know who the men that attacked them were… During the trial she would be repeatedly asked about these early statements.  However the court testimony of Sarah Blevins is of utmost importance to establish a time line as to the accusation of Doc Taylor and the Fleming Brothers… 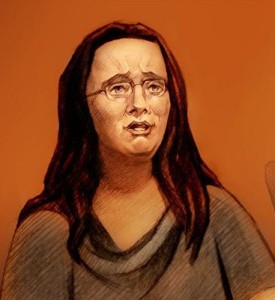 Sunday the day after the killing and she had heard Jane tell several people that she did not know who did the killing; “I asked her if she had any idea who it was, and she said she did not; she said they had a black something over their faces, and a green strip about as wide as her three fingers around the forehead;” Mrs. Blevins went on to say that on Wednesday she had another conversation with Jane and she then told her that some persons had an idea that it was Taylor and the Fleming boys, because on that day the person had inquired about the Fleming brothers at Mrs. Vanover’s and they were not where Mrs. Vanover had said they were… Mrs. Blevins went on to say that in this conversation Jane had said she would not know Dr. Taylor’s voice, because she did not much more than know him when she met him… Mrs. Blevins also stated in her testimony that Jane had told her that when the shooting was going on she was so scared she “would not have known my husband, Mat Blevins if he had been there” and that Jane had also said that the men had sounded like they were changing their voices. Mrs. Blevins also stated that Jane had told her when the shooting had commenced the horse did not throw her but she heard Jane tell Wesley Swindall that the horse did throw her. 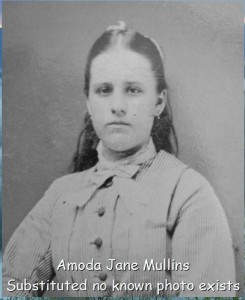 She went on to explain that she had known Taylor for about 15 years, and had spent the night at his home several years prior, and that she had heard him talk last fall. She went on to state “”She was not point blank certain that it was Dr. Taylor, but she thought it was. She thought she could swear positively to a person with face covered down to mouth”

She did admit that she had told Calvin and Wesley Swindall that she did not know who it was, she just told them what she wanted to tell them; she was afraid to tell who it was, for fear they would kill her and that she mostly recognized Dr. Taylor mostly by looks.

On re-examination by the defense and questioning about the testimony expected from Sarah Blevins. Jane stated that she had heard that Taylor, and the Fleming boys were lying around her house trying to kill her, and that she had gotten this information from James Potter… A note on this statement… James Potter was noted by the inquest to be a suspect but was never indicted… It is also of great interest that James Potter is never subpoenaed to court to testify to this accusation.

It is in her final statements to the court that make one wish that the questions had been recorded along with the response. It is also of great interest to note if you read the testimony from the trial that Jane appears to be hammered over statements that she had made to other people, Those investigating the trial and the Grand Jury as well, it is plain that all these answers stem from questions about her horse and statements that she had made that she did not know who the shooters were.

However; the most damning evidence against the guilt of Doctor Taylor is in her statements about “hearing that it was Doc Taylor and the Fleming’s from James Potter” and in her final statement “That she told what suited her when it suited her” with these two statements alone the testimony of Jane Mullins as an “Eye Witness” is discredited from her own mouth. In addition it is a wonder that at this point, she was not charged with Perjury as with these two statements she admits to lying to the Grand Jury when the warrant dated August 3rd, 1892 was sworn out against Dr MB Taylor.

Source: “A Narrative History of Wise County Virginia” by Charles A Johnson