The Pound Gap Massacre happened on the 14th of May 1892, it would be the 19th before Jane told Serah Blevins that Doc Taylor, and the Fleming brothers had been the ones to attack them.

The Custody of Jane Mullins.

The Pound Gap Massacre happened on the 14th of May 1892, it would be the 19th before Jane told Serah Blevins that Doc Taylor, and the Fleming brothers had been the ones to attack them. And she would later testify that this information had come from James Potter, one of the suspects named by John Vint Bentley, and Robert Mullins… However, according to a newspaper articles, on May 30 1892 Judge Skeen sent deputies to Ky and escorted Jane to the Wise Va Court. On June the 3rd, a full twenty one days after the massacre, an indictment was issued for Henry Adams, Doctor MB Taylor and the Fleming Brothers…

Jane’s Testimony in the official court record of the trial, is the only evidence we have that Jane had remained in the custody of the Sheriff of Wise County Va, and no reason is given. The story is that it was for protective custody, However as we have discovered, from the story of Henry Vanover, Jane and Wilson lived on land that had belonged to Henry, and at the time Henan Fleming was married to Henry’s daughter Catharine, and ran what was left of the Vanover Farm with his brother Cal. Doc Taylor was known as a frequent visitor to the Widow Vanover’s home, if Jane had felt threatened by them, why did she return home, and spend five days before telling anyone that she feared that they were the perpetrators of the crime, and that she was afraid for her life? 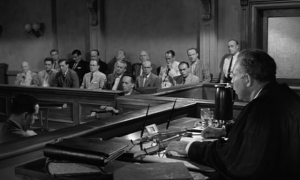 The word of mouth story is that Jane Mullins remained in custody for over 6 months for “Her own Protection” however, all official records of the case other than the trial of Doctor Marshall Benton Taylor has been lost according to Charles A Johnson when he wrote his book “A Narrative History of Wise County, Virginia” in 1938. In doing the research for this work we discovered an odd occurrence, the editor of the local newspaper, the Big Stone Gap post founded in 1890, announced in the paper Thurs May 5th 1892 that the next weeks paper (Thurs May 12th) would be the last, as he was trying to sell his newspaper. However on December 22 1892, he decided not to sell and started printing papers again. This is extremely odd, as the papers between those dates would have covered the Worst massacre in Southwest Virginia’s history, as well as the trial, not only this but they would have also cover the hanging of Talt Hall, one of the most famous hangings in Wise County’s history.

However, a clue to Jane’s custody may be found in A newspaper article thought to be from The Virginia Star. It tells us of the capture of Henan and the death of Cal Fleming, in this article may be a clue to the reason behind Jane being brought into custody, it states “Both Cox and the Branham brothers had been called as witnesses, for the Mullins defense in the Killing Rock Massacre.” The question is; why would there have been a Mullins defense unless a Mullins had been charged with a crime? However as with all things, one recorded statement that very well may have been a mistake when written is not provable, but when looking at the recorded facts from the trial one has to wonder…

Jane had made multiple contradictory statements to her friends, and family about the shooting and the events just after.

Jane had also made statements to officers of the court, that contradicted statements obtained from other witnesses, about not only her statements, but the crime scene as well.

By her own statements made to other people, Jane had been the last person to speak to Louranza Mullins immediately before her death, and there was a large sum of money that has never been recovered.

By her own statements, and those of other people, she did not arrive back in Camden before 4 pm.

After Jane was taken into custody, it would still be 4 days before warrants were issued for Henry Adams, Doctor Taylor and the Fleming Brothers.

From the official court record, Jane is hammered over her statements, that she did not know who the men that attacked them were, not only to the court officers, and other witnesses in the trial, but to the Grand Jury as well…

However, the most compelling evidence comes from the book, “A Narrative History of Wise County, Virginia” by Charles A Johnson, in it he says:

“On May 26, 1892, a grand jury was impanelled by Judge Skeen to inquire into the crime, who soon afterwards returned into court an indictment against M B Taylor for the murder of Ira Mullins.”

Doc Taylor had been apprehended in July, and on August 2nd 1892, he was brought in to answer the indictment, his council filed a plea stating that John W Stewart was the owner of a Grist Mill, and was therefore disqualified under the laws of Virginia from serving as a grand juryman, this motion was quashed. However the author goes on to tell us;

“The prisoner, by his counsel then moved the court to quash the indictment. The public records do not disclose on what grounds the motion was made, and the matter has passed the recollection of the presiding judge, and the two living prosecuting counsel. The four defense counsels are all dead, and could not be consulted. But for some cause the motion was sustained, and the indictment was quashed as show by the record.”

For some unknown reason, the original indictment against Doctor Marshal Benton Taylor was thrown out of court.

However a new grand jury had been sworn in on July 26th 1892, the prosecuting attorney R P Bruce, immediately sought another indictment from this new jury, which was shortly set forth upon the same day… We have no record of what was in the original indictment. The new indictment dated Aug 3rd 1892 was written by the prosecuting attorney, and cites 2 counts of murder of Ira Mullins, by Doctor M B Taylor as witnessed to by Jane Mullins.  The prosecutor moved to not only have the prisoner answer the indictment on that day, but to be arraigned in the same hearing, which was granted over objections by the defense. The defense then moved to have the trial moved to the circuit court, as to give them time to prepare a defense for the new indictment…

It is of utmost importance to note as Charles A Johnson did in his book, that at the time of the trial, it was customary to record only the testimony of the witness, the questions asked of them were not recorded and are unknown.