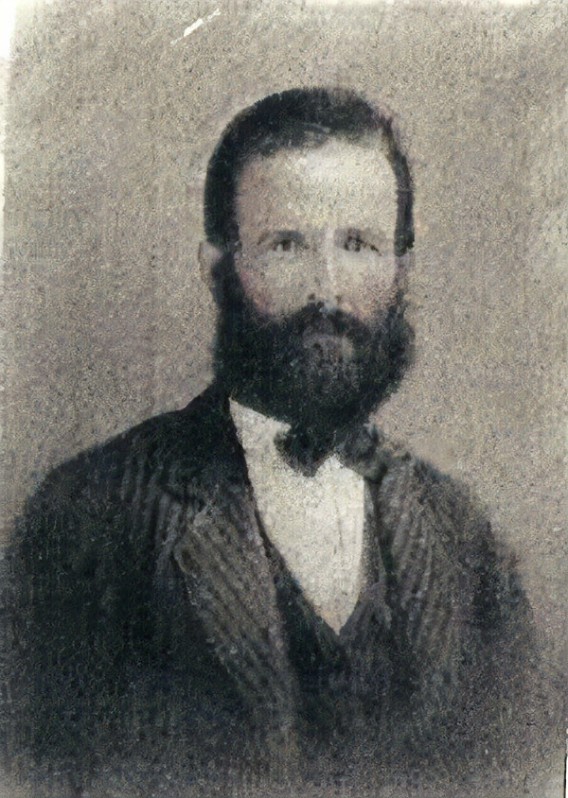 Captain Benjamin Everage Caudill would organize a group of men from the area of Letcher County Kentucky to help fight in the Civil War.

Here at Kentucky Tennessee Living, we strive to keep this site nonpolitical in nature. All historic events posted are those that changed the lives of future generations and have helped to give miners a voice in their working and living conditions. As well as we remember those who fought on both sides of the Civil War. All events posted are for the benefit of remembering who we are as the American Appalachian people.

Between the years of April 12, 1861, and May 9, 1865, America tore herself apart with the Civil War between the states. The peace of the Appalachian Mountains was broken as brother took up arms against his brother. Several battles were won and lost the area of Letcher County and we will try to cover as many of them as possible.

Several of the Generals and other significant military men who went on later to hold major positions in US politics after the War.

Who was Captain Benjamin Everage Caudill

Born at Sandlick, Kentucky on January 11, 1830, Benjamin was the son to John A. and Rachel Cornett Caudill. He married Martha L. Asbury of Tazewell, Virginia on February of 1848.

This was a regiment that served under the Confederate States Army and in 1863 would become the First Kentucky Brigade under the command of Brigadier General William Preston and be moved to Knoxville, Tennessee. The regiment would once again change hands to Lieutenant General Simon B. Buckner’s Army of Tennessee.

During the Civil War, on October 22, 1861, Caudill organized and commanded “Caudill’s Army” which became Company F of the 5th Kentucky Infantry and then later the 13th Kentucky Mounted Calvary. These were the men from Letcher County, Kentucky. They would be nicknamed the “Yahoos”. They disbanded at Hazel Green, Kentucky, on October 20, 1862 under the orders of Brigadier General Humphrey Marshall. The men were given a choice of honorable discharge, reenlist in a new regiment, or transfer to a cavalry regiment.

In November 1862, Colonel Caudill would once again muster his men to join the 10th Kentucky Mounted Rifles. Caudill’s Army would always be a formation of the Army of Tennessee. There would be times that this army would be under the command of General John Hunt Morgan.

The Battle of Leatherwood, Kentucky

On October 19, 1862, Captain David J. Caudill and his men from Company B of the 10th Mounted Rifles were guarding a salt works in Leatherwood, Kentucky. The production of salt was very important to the economy of the area at that time.

Captain George Morgan and Lieutenant Clabe Jones with their Harlan County Battalion came toward Leatherwood to attack the guarding Confederates. They took their positions across a creek from the guards and opened fire.

During the Battle at Salt Works near Gladesville, Virginia, on July 7, 1863, Colonel Caudill and most of his men were captured. He was considered one of the “Immortal 600” as he a prisoner exchange on August 3, 1864. He returned to his command on September 17, 1864.

The Battle of Marion, Virginia

December 17th through the 18th of 1864 Major General George Stoneman who was in command of the Union Army in Kentucky and Tennessee raided Southwestern Virginia. The goal was to destroy all facilities and supplies that the Confederate Army had use of.

Major General John C. Breckinridge was the commander of the Department of Southwest Virginia. He called into action the 10th Kentucky Mounted Rifles, “Caudill’s Army”, as the front regiment against the forces of Major General Stoneman.

The two sides met in Marion, Virginia. After several days of fighting the Confederates took inventory of the men and ammunition that they had left and found that they had heavy losses with very few bullets left. They did not have time to resupply. Even though the men felt that they could hold the position another day, Breckinridge called for a retreat and ordered Caudill to lead the way.

In March of 1865 the 10th Kentucky Mounted Rifles would reorganize and be renamed to the 13th Kentucky Cavalry. They would disband on April 12, 1865, in Christianburg, Virginia. However they would surrender on April 30, 1865 at Mount Sterling, Kentucky.

At the age of 59, Caudill had a severe cold, pleurisy, and exhaustion. He would die on February 11, 1889, while on a trip to Tennessee to organize a church.

The Caudill Family
The Mountain Eagle
Thursday, May 28, 1931
http://usgenwebsites.org/KYLetcher/articles/caudill_family.htm