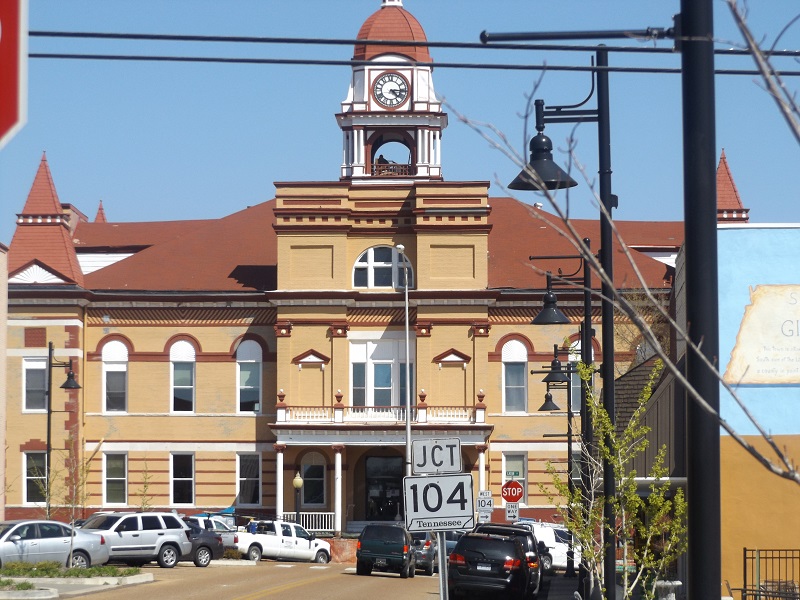 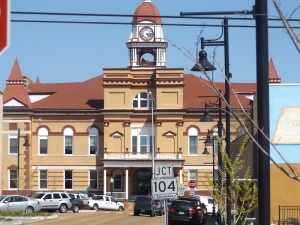 Several plaques can been seen in the Courthouse yard such as the Blue Star Memorial Highway Tribute to the Armed Forces, the History of Fighting for Trenton, A Civil War Memorial, and a bust of Davey Crockett.

Inside the Courthouse can be seen a Mural of the Most Notable Tennesseans called “The Pride of Tennessee”, A picture of the natural fauna and flora of the area, A plaque for Ed Jones who is a Tennessee Agricultural Hall of Fame Winner, a quilt of all around Gibson County, and The Ten Commandments.

Just before you get to the Courthouse Square interesting places to stop to see are the Jones Pavilion and the Trenton Tennessee Mural. The Courthouse is Bus stop Number 6 on the Battle for Trenton Bus Tour.