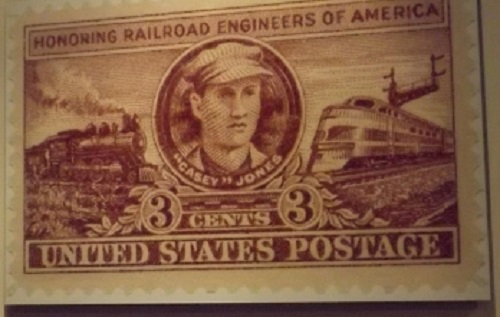 There is disagreement about what happened on this night to cause the crash that would go down in history. However, we will discuss all sides and let you make up your mind as to what you believe happened on the night between April 29th and 30th of 1900.

To understand this, all accounts agree that Casey ran trains No. 1 and No. 4. Sam Tate ran trains No. 2 and No. 3 on the Cannonball run. This gave both engineers plenty of time to rest between their shifts.

According to Railroad Avenue written by Freeman H. Hubbard about his interview with Sam Webb, who was Jones’ fireman gives the first account. Engineer, Sam Tate, was absent from work on his shift as he was marked off as being ill. So, Casey Jones volunteered to run his service line, trains 2 and 3 to cover for the shift throughout the day. According to Webb, both he and Jones returned to Memphis on the morning of April 29, which gave them plenty of time to get some sleep.

Fred J. Lee biography of Casey Jones gives a second account of the accident. He said that the Jones and Webb returned to Memphis on the No. 4 at 9 p.m. on the evening of the 29. This deprived both men of much needed sleep as Casey ran the night shift runs. Jones was then asked to do a turnaround in his shift and run the No 1 that was due out at 11:35 p.m.

His regular shift began that night with the number 1 train that was scheduled at 11:35 with the departure of his service run from Memphis, Tennessee to Canton, Mississippi.

Because of the delay in the arrival of the No. 1 train, Casey was running 75 minutes late on his nightly run. The train pulled out of the Poplar Street Station in Memphis, Tennessee at 12:50 a.m. on the early morning of April 30, 1900. The train was light that night only pulling six cars of passengers and J.C. Turner was that night’s conductor.

Jones felt that he could make up this time though on the Cannonball Engine 382. Jones felt that he had the perfect circumstances to make a record-breaking run. He had a fast engine, a light train, a good fireman, and the weather was damp with light rain. However, there was a heavy fog that night and the run had a lot of tricky curves along the 200-mile journey. 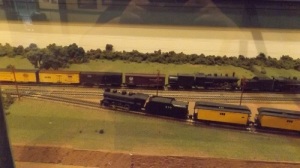 All Aboard for the First 155 Miles

The first one hundred miles was the run from Memphis Tennessee to Grenada, Mississippi with a waypoint stop in Sardis, Mississippi for water. This went uneventful for the crew and passengers of the Cannonball train that night. Even though this section of railroad had new light and shaky rails and he was topping speeds of 80 miles per hour, Jones had managed to make up 55 minutes of his 75-minute delay even though each stop was for a fifteen-minute water fill up for his engine.

The next stretch of rails was a 25-mile run from Grenada to Winona, Mississippi. Jones as able to make up an additional 15 minutes from his delayed time in this distance. By the time Jones reached Durant, Mississippi, he was on time. 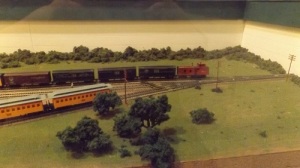 New Orders and the Situation Changes in Durant, Mississippi

Now running on time, while at Durant, Mississippi, Jones receives new orders. He is to now take the siding at Goodman, Mississippi, which was 8 miles south of Durant, and wait for the No. 2 passenger train to pass. Then after that he was to continue to the Vaughan Railroad Station which was another 15 miles from there. When he arrived at Vaughan, he would meet the local No. 26 passenger train, which would be in two sections on the side rails, and he would take priority and remain on the main rail.

Jones reached Goodman and after the No. 2 passenger train passed him, he pulled out only 5 minutes behind schedule. Jones felt that he was going to meet his schedule and was making wonderful time and had 15 miles of fast track in front of him.

At the Vaughan Railroad Station there were three, not two separate trains that were stopped on the rails that night. The first was a double-header freight train. The No. 83, which was waiting to be part of the saw-by, was located to the north and headed south. And a long freight train, the No. 72, was located to the south and headed north. The two trains were on the passing track to the east of the main line. With the combined length of the two trains, they were ten cars longer than the length of the passing track. This caused those cars to be stopped on the main line.

Add to this, there were two sections of the No. 26 on the sidetrack. This was making it difficult for the trains to be moved around in an action called a saw-by. This is basically where the trains are moved around in positions where they can pass each other using a second track for assistance. Sometimes cars need to be detached and left on the main rail for a brief time to get this accomplished.

On the night of April 30, 1900, the rail workers were doing a saw-by as quickly as possible at the Vaughan Station to make room for Jones and his train to safely pull through the station. When disaster struck. An air hose on the No. 72 broke in the middle of moving the train and caused the wheels to lock up, leaving the last four cars of the No. 83 on the main line.

Making Up for Lost Time and Quick Thinking

Jones was still running at a high rate of speed at about 75 miles per hour and just two minutes behind schedule toward the Vaughan Station. While approaching the station, there was a mile and a half left-hand curve that blocked Jones’ view of the station ahead.

As they started rounding out of the curve, Webb could see the red lights of the caboose ahead of them on the main line. He immediately alerted Jones about the danger ahead.

Jones had brought down the speed by half, about 40 miles per hour, and then told Webb to jump from the train. One account state that when Webb did jump, he fell about 300 feet before impact and was knocked unconscious from the impact of hitting the ground.

Jones grabbed and blew the train whistle with one hand and the train emergency brake with the other and held them until the end. Upon impact the engine went through the first cars: the caboose was filled with hay, the first car after that was filled with corn, the third car was carrying timber. The engine then derailed and slammed and overturned on an embankment. The baggage and mail cars were severely damaged and were also derailed.

It is thought that Jones died upon impact as he was found under the cab. The time on his watch had stopped at 3:52 a.m., the time of the impact. It is popular legend that Jones was still holding the whistle and the brake when his body was found.

Casey’s actions saved the passengers and railroad men. The express messenger only suffered two broken ribs from the accident. Web and the Messenger were the only two other reported injuries from the accident. Jones was the only fatality of the accident. It is thought that by Jones remaining at his post and applying the brakes until his death, that he saved many lives. The next morning, his body was transported to Jackson, Tennessee. His funeral was at St. Mary’s Church on May 2, 1900. He is buried at Mount Calvary Cemetery in Jackson.

In our next post, we will discuss the IC Accident report findings and the controversy surrounding it. Was there or was there not a flagman and did he do his duty? We will also discuss the damages from the accident as well as the aftermath to his family.